The list of incarcerated people who have been unjustly convicted because their attorneys were poorly paid, overloaded with cases and unprepared for trial is very long. The Sixth Amendment to the Constitution supposedly guarantees every defendant the right to a competent attorney; but for poor and working people, particularly people of color, well-funded prosecutors have an inherent advantage over court-appointed public defenders. 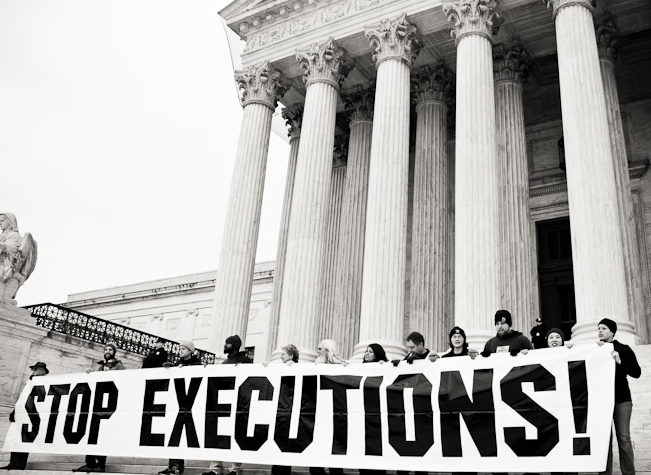 The opportunity to challenge convictions because of “ineffective counsel” has always been difficult for impoverished incarcerated people to prove, but a May 23 U.S. Supreme Court decision now makes it an almost insurmountable task.

In the case of Shinn, Director, Arizona Department of Corrections, Rehabilitation and Reentry v. Ramirez (2022), SCOTUS ruled that the two Arizona death row inmates — David Ramirez and Barry Jones — may not raise evidence of their lawyers’ ineffective counsel in their federal habeas corpus petitions. The two defendants argued that the process of obtaining their convictions or sentences violated the Sixth Amendment.

Jones maintained that his lawyers were so ineffective, they failed to uncover evidence that he was innocent of the crimes. Jones was convicted at trial and sentenced to death. The SCOTUS decision means Arizona may now proceed with his death sentence, even though new evidence would prove he is not guilty.

Ramirez argued that his lawyers failed to uncover mitigating evidence that would have persuaded the jury to sentence him to a term of years in prison, rather than the death penalty he now faces.

Referring to statutes in the Antiterrorism and Effective Death Penalty Act of 1996, signed into law by President Bill Clinton, Justice Clarence Thomas wrote: “a federal habeas court may not conduct an evidentiary hearing or otherwise consider evidence beyond the state-court record based on ineffective assistance of state post-conviction counsel.” (bit.ly/3t5Z7KF)

Thomas called federal judicial intervention to overturn a state prisoner’s conviction and sentence an “intrusion on state sovereignty . . . [that] overrides the state’s sovereign power to enforce societal norms through criminal law.” The Supreme Court ruling set aside the judgments of four federal judges on both the federal district court and the federal court of appeals. (bit.ly/3t3DbA1)

Joined by Justices Stephen Breyer and Elena Kagan, Justice Sonia Sotomayor opposed the decision with a 20-page dissent, which read in part: “The decision is perverse. It is illogical. . . . It is hard to imagine a more ‘extreme malfunction’ . . . The Court’s decision will leave many people who were convicted in violation of the Sixth Amendment to face incarceration or even execution, without any meaningful chance to vindicate their right to counsel.” (bit.ly/3t5Z7KF)

Robert Loeb, who represented Ramirez and Jones in the Supreme Court, issued a statement saying the ruling “leaves the fundamental constitutional right to trial counsel with no effective mechanism for enforcement in these circumstances. . . . It means that a federal court can have evidence that someone, like Barry Jones, did not commit the crime supporting the death sentence, but that the court then is helpless to offer any relief.” bit.ly/3GC9yLx

Indigent defense — defense for people who lack the resources to hire their own lawyer — is woefully underfunded. Public defenders handle hundreds of cases per year, many more than they have the time or resources to manage effectively. And states heavily restrict the procedures and resources that would allow public defenders to develop their cases in greater depth.

By making it nearly impossible to challenge the fact that many innocent people are convicted because of improper defense by court-appointed lawyers, the U.S. Supreme Court has condemned innocent people to death or incarceration.

This latest court ruling points out once again how unjust the U.S. legal system is, particularly for poor and oppressed people. It is one more reason why the whole capitalist system needs to be overturned. The SCOTUS decision lays bare the hypocrisy of this court which claims ‘concern for life’ as grounds to overturn Roe v. Wade but would see innocent people put to death.