Danielle Ohl of Spotlight PA (April 2022) wrote about the plight of the incarcerated ill in Pennsylvania’s prison system and the fallacy of Pennsylvania’s Compassionate Release Legislation that would cause an inmate to choose death in order to be able to be released and go home. 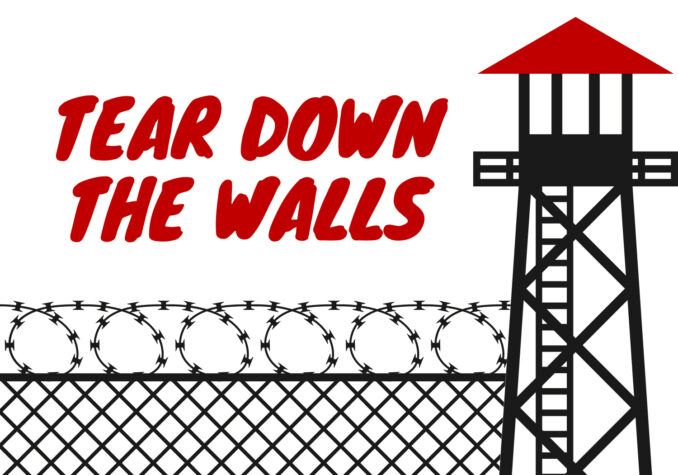 This was the plight of Bradford Gamble who, at age 65, was notified by a slip of paper a guard placed in his cell that he was diagnosed with terminal cancer. He was provided no other information. In time, after much pain and confusion, he learned that he had metastatic colon cancer that had already spread to his liver. His choice was to receive treatment or to use a little-known law allowing him to be released based on his age and diagnosis of a year or less to live. He chose to go home and die.

Bradford Gamble is not the only person who has gone home to die. The Prison Society shared information about Mr. Howard White who, like Mr. Gamble, only became aware of his condition when he had reached a stage 4 diagnosis of cancer. To make matters worse, while he lay dying in the prison infirmary, it is reported that he was not receiving his medication and was not being properly cared for to prevent bedsores.

The family of Howard White petitioned for his compassionate release. On March 17, 2022, the hospital doctor gave him two weeks to live. This diagnosis automatically qualified Mr. White for hospice care. However, he was not discharged to hospice but to a facility that lacked adequate support and needed care for a patient in such dire medical need.

Hospice, the service provided for the terminally ill, is dependent upon medical health insurance approval, unlikely to be approved for someone who has spent 35 years in prison. In addition, to be released, one must have support on the outside upon release.

Pennsylvania’s Compassionate Release Legislation, as reported, is narrowly written. To compound matters, in the case of Mr. White, Mr. Gamble and others, incarcerated people must be at death’s door before they can be released; and even then, in some instances, release has been denied. In Pennsylvania’s Prison System, persons have spent their lives in prison; and despite their age or terminal illness, only 31 were released in the past 13 years. Since 2016, eight people have died waiting for a medical transfer.

This is a travesty and must change. It is unjust, inhumane, and the financial and emotional toll on the Commonwealth, families and individuals is staggering. Does a prison life sentence mean that one should have to die in prison from an illness for which a person if properly treated in a timely professional manner, with adequate health care and service, could be healed and recover? Does our prison system need to take months allowing older, infirmed individuals to waste away inside, when they have loving families willing and waiting to take care of them at home?

We encourage everyone to join our efforts to bring much needed attention to this matter. Senator Sharif Street has legislation SB 835 addressing this broken system. Write letters; make calls; send fax letting all elected officials know the Compassionate Care Legislation for Pennsylvania must be changed.

Mr. Howard White returned home on April 6, 2022, with bedsores on his body and the heels of his feet. He died on April 14. Our elderly, sick, infirmed offenders who are in decline deserve better.