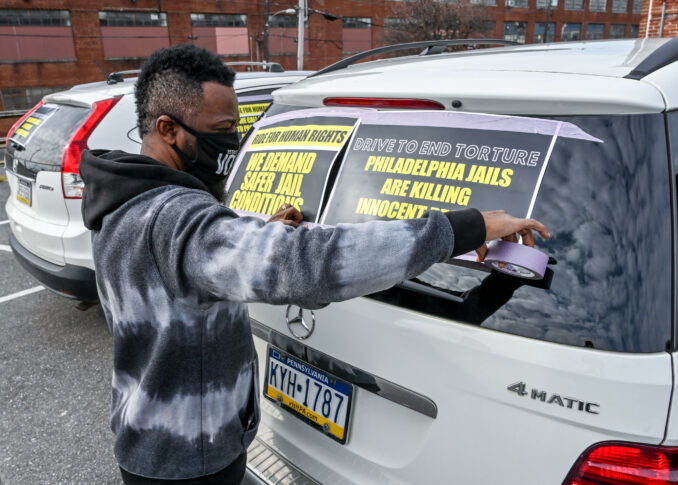 At least 18 people died in 2021 while in custody at the Curran-Fromhold Correctional Facility in Northeast Philadelphia — a higher death toll than at New York City’s infamous Rikers Island jail, which imprisons three times more people. Since the start of the COVID-19 pandemic in March 2020, a total of 29 people have died in Philadelphia jails which incarcerate around 4,300 people. Three of the 2021 deaths were reportedly by suicide, five by homicide and 10 from drug overdose.

Around 90% of the people incarcerated in this jail are awaiting trial and are not convicted of anything. Yet effectively, those who died were given death sentences. Officials, including Mayor Jim Kenney, have refused to seriously address mounting complaints of unsanitary conditions, lack of toilet paper, infestations, limited access to showers and phone calls and serious delays in medical care.

Prisoners have been denied access to legal counsel and are not even able to attend court dates. Starting during the pandemic, there have been prolonged lockdowns, during which the people incarcerated were denied more than an hour or two out-of-cell time. Some people were not let out of their cells for days at a time, a violation of constitutional protection against cruel and unusual punishment.

The entire system is the equivalent of solitary confinement.

Many incarcerated people have complained of going days without food and sleeping on the floor for lack of beds. One man, who was due to be released, died when the sprinkler in his cell malfunctioned and flooded the cell with water. Despite the entire cell block banging on the bars and shouting for correction officers to step in, no one came for two hours. (Philly.com, April 19)

Prisoners’ family members and abolitionist activists have held several protests against these conditions since early 2020. On Feb. 12 they organized a caravan of 50 cars, decorated with placards and yellow ribbons. Horns honking, the vehicles circled the prison several times before driving through city neighborhoods for over two hours, ending at City Hall.

There have been years of civil rights litigation over violations at the jail, with repeated yet unkept promises by Philadelphia officials to address the horrific conditions. Since January 2021 the city has paid over $835,000 for lawsuits over staff assaults, wrongful deaths and medical negligence. In January, for the second time in seven months, the Pennsylvania Institutional Law Project succeeded in forcing Philadelphia to pay $125,000 to community bail advocates, because of the inhumane and dangerous conditions.

On April 12 in a settlement agreement in the U.S. District Court for Eastern Pennsylvania, the city pledged to pay hiring and retention bonuses for correctional officers. Currently only 64% of these jobs are filled, with 644 vacant positions. The agreement also calls for increases of time out of cell to at least four hours a day by May 15. But hiring more guards will not make the jail safer.

As part of the settlement, the city hired John Wetzel, a former Pennsylvania Department of Corrections Secretary, as a consultant. Given the inhumane conditions in the state’s prison under Wetzel’s tenure, including the lack of adequate health care and food and high rates of COVID-19 deaths, many prison abolitionists question this appointment.

Wetzel’s appointment is particularly troubling given that the Philadelphia Department of Prisons made no admission of any civil rights violations in the April 12 agreement.

No one should have to be subjected to such barbaric conditions. Jails continue to harm people and fail to make our communities safer — strong reasons why jails and prisons should be abolished.