There are other signs that the so-called economic recovery is sputtering, including the unexpected report that the gross domestic product fell 1.4% in the first three months of 2022, following a robust growth of 5.7% in 2021. Economists admit the second-half growth was fueled less by consumer spending than by the need to replenish depleted inventories. Washington’s massive COVID-19 stimulus bills gave consumer spending a shot in the arm — but for how long? Those funds are drying up.

The contradiction is that, with inflation at 8%, the Federal Reserve Bank is raising interest rates to further slow the economy and, hopefully, get prices under control.

All the economic fluctuations point to the inherent instability of capitalism.

What’s at stake for workers?

The working class has no reason to share in the exploiters’ glee when profit taking goes up. It doesn’t trickle down! But these trends matter to workers, because a recession means a loss of jobs. Then workers become more dependent on keeping the jobs they have. The “Great Resignation” and the purported labor shortage might be ending. If that happens it could be harder for workers to leverage demands for wages that keep up with inflation.

Typically a company like Amazon — or even a unionized company like General Motors — will take advantage of any negative economic news to justify an attack on the workers. Pay cuts (including elimination of “hero pay”), benefit cuts, less paid time off, speedups, outsourcing and downsizing are all in the capitalists’ book of dirty tricks. Then when there’s a return to profitability, workers have to fight to get back what they gave up.

When Amazon workers in Staten Island try to negotiate a good first contract, the company might likely start off with, “Well, you know, we lost a lot of money in the first quarter.”

Capitalist economists cannot explain the built-in contradictions of the system they uphold. For example, Ian Shepherdson, chief economist at Pantheon Macroeconomics wrote, “This is noise; not signal. The economy is not falling into recession.” (cnbc.com) This kind of optimism precedes every recession and can be heard again before a recession becomes a depression.

But as class antagonisms sharpen, class consciousness rises and our class can smell the stench of capitalist decay — the whole system is rotten to the core!

That is the class truth that bourgeois economists are paid to obscure. Because when workers become conscious, they begin to organize, and unions are the most elemental expression of class awareness. Workers at Amazon and Starbucks — whose profits have fallen below expectations recently — are leading the way.

Fortunately in the 19th century, there was a true economist whose scientific theories still best explain the irreconcilable contradiction between labor and capital. He pointed out that profit is the “surplus value” the working class creates for the owning class. Part of the working day is spent working for wages, while the other part is spent generating wealth. 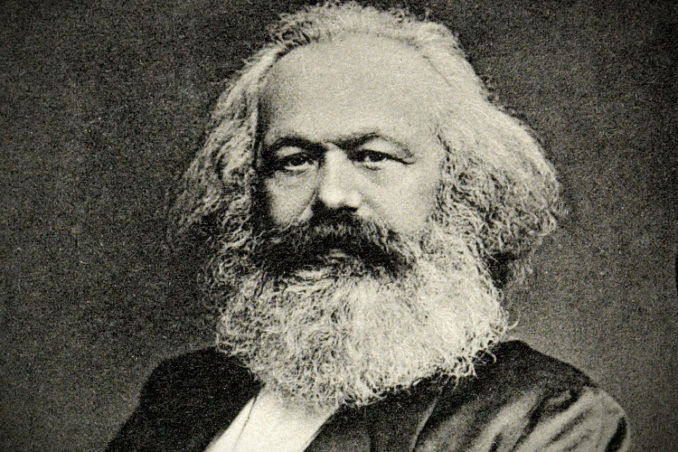 Karl Marx, born May 5, 1818, explained the built-in contradictions of capitalism and why the working class had to get rid of that system of exploitation.