A $1.5 trillion “omnibus” spending bill, which President Joe Biden is expected to sign, passed the House and Senate March 10. Over half the money in the Consolidated Appropriations Act — $782 billion, a $42 billion increase over fiscal 2021 — is going for Pentagon spending. Of course NATO, the Pentagon’s proxy in Europe, gets a piece of the pie.

On top of that, $13.6 billion is slated to go to Ukraine — and not only for the propagandistic weapons of food and other “humanitarian” assistance. The U.S. is providing “assistance to the security forces.” Moreover, almost $7 billion is set aside for various arms of the U.S. government — mostly the Army, Navy, Air Force and Marines but also its international ideological arm, Voice of America — “to respond to the Ukraine situation.” (rules.house.gov)

And it’s not like the rest of the money is going to programs that benefit working-class and oppressed people. Tens of billions of dollars will go toward policing — from Customs and Border Patrol and Immigration and Customs Enforcement, to the FBI and CIA, to capitol police and local police departments. For the latter, policing reforms stipulated under the George Floyd Act, passed by the House, were scrapped.

Congressional Democrats had proposed $30 billion to continue the fight against COVID-19, then cut the amount by more than half under pressure from their Republican counterparts. After more progressive Democrats complained about the lowered amount, mainstream Democrats took the remaining $14 billion out of the budget altogether — with a dubious promise to get it back in a separate bill.

What had been earmarked for vaccine development and distribution along with mass testing is about equal to what the Senate, in a 68-31 bipartisan vote, approved for the right-wing coup regime in Ukraine!

Billions more dollars are going to so-called “democracy programs,” supposedly to “counter disinformation propagated by malign actors, including the People’s Republic of China and the Russian Federation.” In fact it is U.S.-funded entities such as the National Endowment for Democracy that have spread disinformation and fomented dissent for decades against governments not subservient to U.S. capitalist aims. Another $40 million is set aside to target Venezuela.

The Director of National Intelligence is required to report on China’s biotech industry and the Belt and Road initiative — which countries and entities are doing business with China — as well as “human rights” in Hong Kong and the effectiveness of U.S. sanctions on targeted countries.

The Israeli apartheid state, meanwhile, is in line for at least $3.3 billion in U.S. assistance in the current fiscal year. 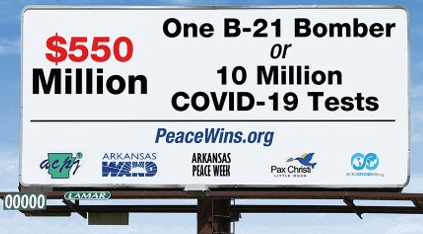 From the money left must come food and housing assistance, Medicare and Medicaid, education funding, family planning (with no federal money allowed for abortions in the bill!), substance-abuse prevention, disaster relief, labor- and civil-rights enforcement agencies, mass transit and all the social programs the masses depend upon.

This is a massive transfer of wealth — value created by the working class — away from human services and into the coffers of the military-industrial complex. This ruling class thievery comes at a time when workers and poor people are struggling with inflation at a 40-year high and now extortionary, war-driven prices to fill their gas tanks and heat their homes. The bill hurts communities of color, women, gender-oppressed and LGBTQ2S+ people, youth, elders and people with disabilities the hardest.

Schumer’s comment should shred any delusions that the Democratic Party is the party of labor and civil rights.

A mass, class-based war — not against Russia or China but against the capitalist system — is the only war worth fighting. Or funding.