Starbucks workers across the country celebrated a major victory with three new stores voting in favor of unionization. The NLRB counted ballots March 9 for three stores in the Buffalo, New York, area, with a close but decisive vote in each case. This brings the total number of union stores from three to six, effectively doubling the size of the union in one day, with five in Buffalo and one in Mesa, Arizona. 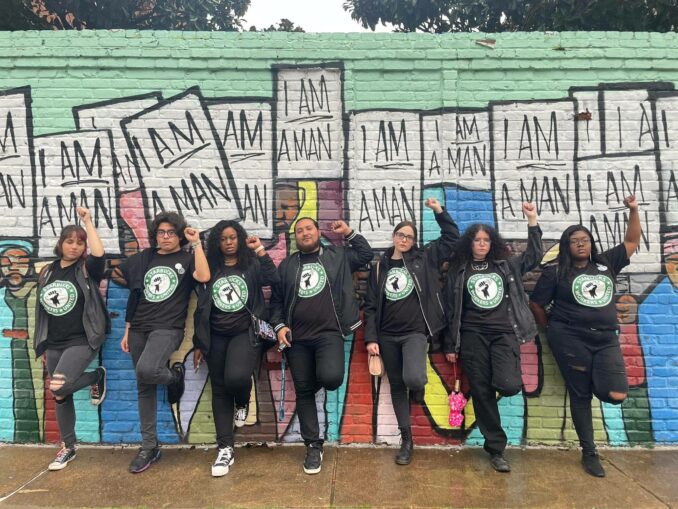 The Memphis 7, fired by Starbucks

A victory by any margin is an impressive testament to the determination and resilience of the workers, especially considering that in many stores around Buffalo the workforce has increased by more than 100% since the union drive began. The workers who were employed when the stores filed for NLRB elections made up less than half of those participating in the vote. This is especially glaring in the Walden-Andersen store, which was completely closed for more than two months after Starbucks became aware of pro-union sentiment.

The fact that, with most of the workforce replaced, Walden-Andersen still won indicates that even many new hires are well aware of the need for a union. This underhanded company strategy of flooding stores with new employees to dilute the vote seems to have backfired, revealing to many workers who were formerly on the fence or even against the union what lengths Starbucks will go to in order to keep its workers from advocating for themselves. Rather than pacify or intimidate the workers, it has only fueled the impassioned organizing drive.

Starbucks workers in Denver, Colorado, walked out on strike Friday, March 11, due to retaliation and intimidation from the company in response to union organizing. Workers plan to strike as long as possible until the company ceases its union-busting activities. This comes just a few days after Starbucks workers in Buffalo filed a new round of Unfair Labor Practice charges against the company, more than 20 in addition to the earlier ULPs alleging illegal anti-union conduct.

Reverend William Barber marched alongside Starbucks workers in Memphis, Tennessee, March 9, to demand the rehire of the Memphis 7 — the entire organizing committee that was fired by the company a few weeks ago. Buffalo workers have shown solidarity with the Memphis 7 by inviting members onto their bargaining committee. The first contracts are now being negotiated between the workers and the company, represented by professional union-busting law firm Littler Mendelson.

Starbucks workers will keep up the fight against the vicious union busting and for the rehire of the Memphis 7, as well as fired Buffalo workers Cassie Fleischer and Danny Rojas.

The author is a contributing writer for Workers World newspaper and a union committee organizer with Starbucks Workers United in Buffalo.