Over 80 actions — in the U.S., around the world and in cyberspace — have been held or will be held in March to oppose U.S./NATO aggression in Russia and Ukraine. (unacpeace.org)

These actions are taking place amidst an overwhelming barrage of pro-U.S./NATO and anti-Russian propaganda. The role of the U.S. media and politicians is to overwhelm and drown out any opposition. Under these conditions even a small force standing up to the barrage becomes a magnet to attract that opposition. 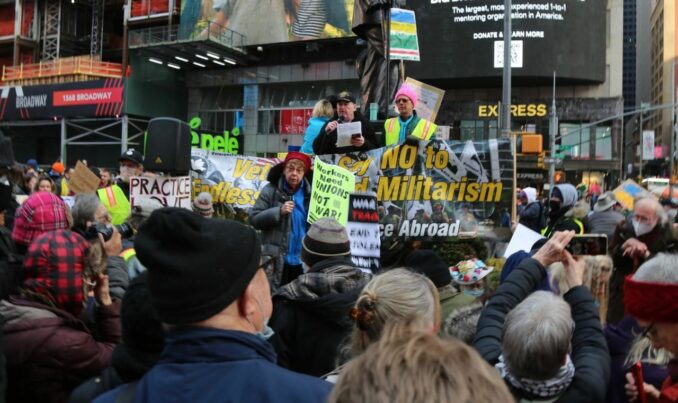 In New York City on Times Square, a group of anti-NATO protesters found themselves surrounded by thousands of Ukrainians carrying printed signs calling on the U.N. to declare Ukraine a “No Fly Zone.”

The antiwar activists, representing a broad range of peace, social justice and anti-imperialist organizations, held their signs and held their ground. 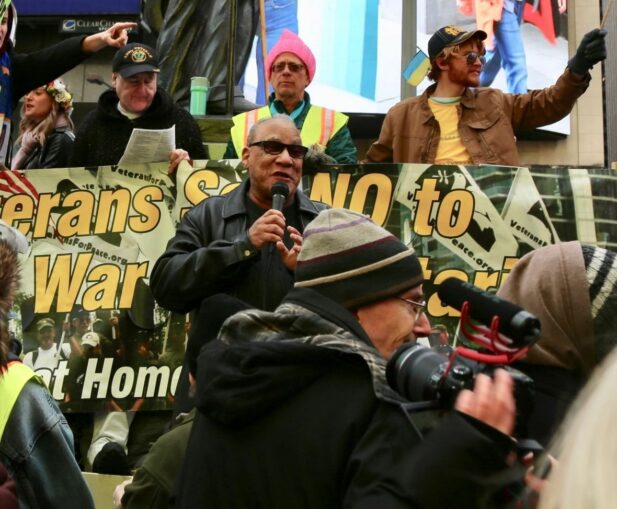 Among the messages receiving the strongest applause and cheers at the demonstration were those from Margaret Kimberley of Black Alliance for Peace, Larry Holmes of Workers World Party and Sara Flounders of the International Action Center. They underlined the need to resist this U.S./NATO war that could be ended right now if the U.S. would stop pumping in the weapons.

“I’m a veteran,” said Holmes, “and I learned when the U.S. invaded countries, it wasn’t to liberate them. It was to dominate them.”