The International Women’s Alliance (IWA) is an anti-imperialist global alliance of militant grassroots-based women’s organizations, institutions, alliances, networks and individuals committed to advancing national and social liberation and gender equality.  The following statement was posted to IWA’s website at tinyurl.com/23433y9n. Go to facebook.com/IWA.grassrootswomenforliberation

The International Women’s Alliance extends its unwavering solidarity to Amazon and Starbucks workers around the U.S. on this Workers Power Day, Feb. 26, 2022. 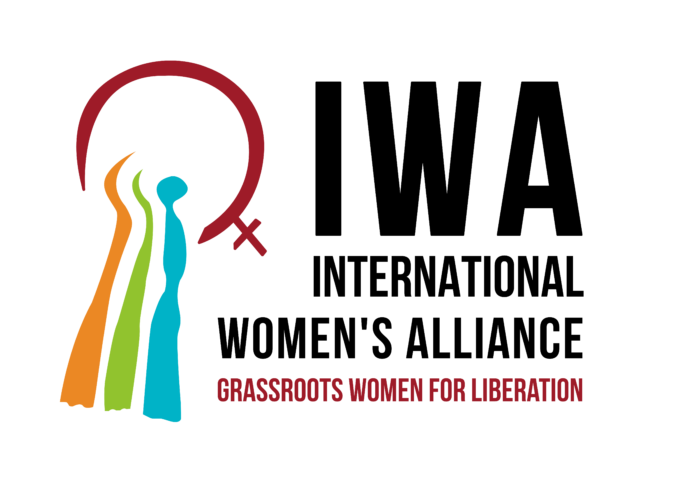 In solidarity with workers waging unionizing campaigns around the world, we demand that workers carrying out this struggle not face harassment or unjust termination; that the Starbucks and Amazon corporations allow for fair and safe union campaigns and refrain from harassment and intimidation of workers; and that the Memphis 7 be reinstated and allowed to continue their unionization efforts.

The fight to unionize some of the country’s largest employers (Amazon as the second largest, and Starbucks as the twelfth) should not be taken for granted. This recent explosion of union organizing efforts and strikes across the U.S., led largely by women and people of color, follows the popular anti-racist mobilizations that erupted in response to the lynching of George Floyd by Minneapolis police in May 2020. The movement against white supremacy and the movement for fair and safe working conditions are intrinsically linked to the rights and welfare of the working class. On this 10-year anniversary of the murder of Trayvon Martin, IWA raises a fist with all oppressed and exploited people suffering under U.S. imperialism, white supremacy and patriarchy.

While the salaries of CEOs have only increased during COVID-19 (Kevin Johnson of Starbucks raked in $20.43 million in 2021 alone, while Amazon’s Jeff Bezos has boasted record-breaking profits throughout the pandemic), workers have been neglected by a government and health care system that have been slow to meet their needs as they struggle through a global pandemic. Workers have had to work in unsafe conditions; risked exposure due to profit-seeking quarantine policies; lost their jobs and their homes; and have been terrorized by law enforcement and ICE.

Seven workers behind union organizing efforts at a Starbucks in Memphis, Tenn., were fired – the company citing previously unenforced or minor company policies that historically have not resulted in termination. On this Workers Power Day, IWA demands that the Memphis 7 be reinstated and their right to unionize be honored, without retaliation.

These burdens are felt especially hard by women, who have largely led the movement to organize unions in Bessemer, Ala., and Staten Island, N.Y. Women also make up a majority of Starbucks’ workforce, accounting for 69.2 percent of its total workforce in the U.S.

Women in these industries often hold many identities, such as Black, Indigenous and other persons of color; LGBTQ+, disabled workers, and migrants or immigrants. These women are on the frontlines demanding a worker-led movement for unionization and rights.

As workers are organizing themselves to form unions or other formations to improve their conditions, the national leadership of unions such as AFL-CIO and SEIU are doing very little or next to nothing, clearly illustrating their true allegiances. Workers are becoming aware that the very institutions that were created to protect their rights and welfare are now doing more to protect the profits of their bosses.

It is for this reason that the IWA calls on all freedom-loving women and gender-oppressed people to raise the demand that the rights and livelihood of the working class be prioritized over profit. This situation is not unique to wage workers in the United States. In fact, workers around the world are experiencing increased exploitation while the bosses’ profits are prioritized over their livelihood. Workers all over the world have been organizing for their rights at increased rates during the last two years. We cannot give up the fight and must continue to grow our international solidarity in order to support the efforts of the working class everywhere for our rights and fair treatment.

Let’s continue to build this class-wide solidarity inside the U.S. and globally with International Working Women’s Day and May Day 2022!!