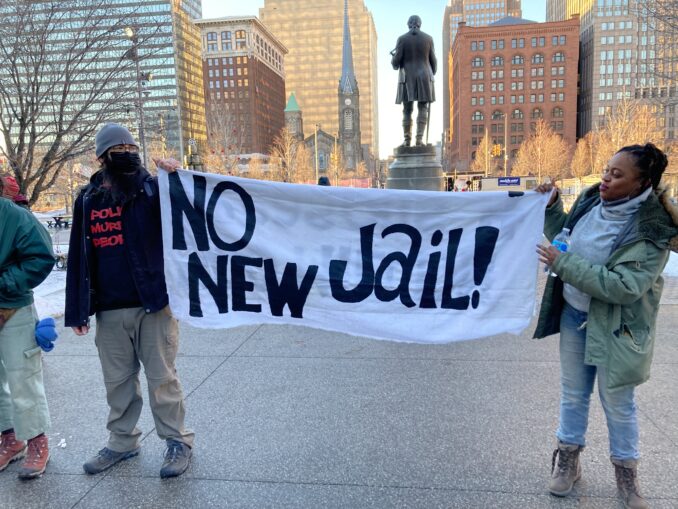 They protested near the site of the NBA All Star Game to make tourists and local residents aware of Cleveland’s high rates of poverty and houselessness — while the County Council and County Executive Armond Budish plan to spend $550 million to construct a new county jail. This money could be spent on jobs, housing, education and health care. 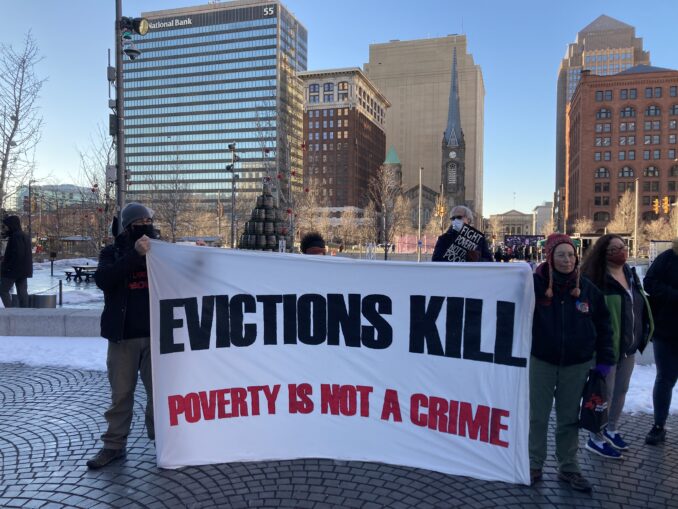 Feb. 20 near the NBA All Star Game

The Jail Coalition has launched a campaign to stop the new jail. Its recent statement reads in part:

“The county is planning to spend over $500 million of taxpayer funds on a new jail building. A new building to warehouse our family members, friends and neighbors. This — while there are national estimates that half of jail populations are simply people awaiting trial, viewed as innocent in the eyes of the law, but separated from family and at risk of losing employment, housing and custody of their own children by a cash-bail system that punishes the poor.

“A new building with no community oversight, even after the series of tragic deaths and scandals that caused the U.S. Marshals to deem it one of the worst jails in the entire country. A new jail would instantly become the largest mental health provider in the county, when we know you can’t get well in a cell. A new and larger building while they can’t even staff the current building, leading to 23-hour lockdowns on a regular basis. That kind of isolation is torture.”

The coalition formed in 2018 in response to the high number of jail deaths that year. The most recent jail death occurred Jan. 16 this year.