Valentine’s Day became a “Day Without Immigrants” around the country this year. In Houston hundreds rallied and marched Feb. 14 to tell President Joe Biden, “You better keep your promises, or we will show you the exit door.” 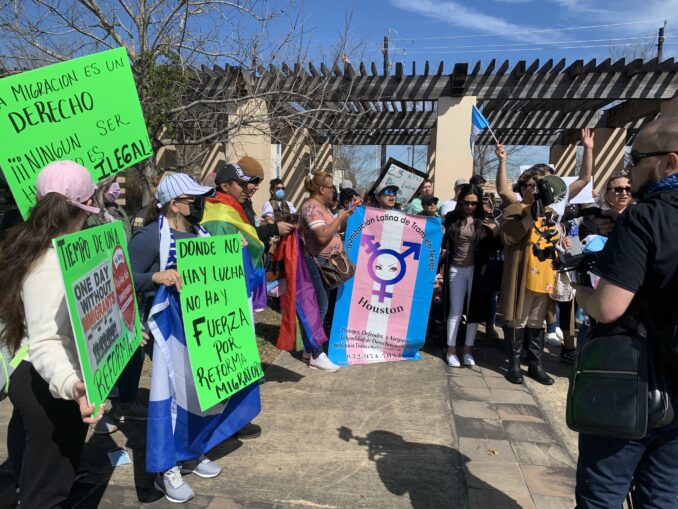 Organizers called for those who identified with immigrants’ rights to do no work, no school and no shopping on that day, to call attention to the important role of immigrants in all aspects of U.S. society.

FIEL (Immigrant Families and Students in Struggle − Familias Inmigrantes y Estudiantes en la Lucha) gathered immigrants living in Houston for a rally at Plaza Guadalupe, a march to City Hall and a rally there.

Cesar Espinosa, a leader of FIEL, told the crowd, “To the Biden administration, I say this, “Enough is enough. You have the power. If you do not deliver on your campaign promises, we will deliver — your exit ticket out of the White House.”

Espinosa began his talk with a loving acknowledgement to all the parents, “Thank you. You gave so much of yourselves, your youth, to this country, so that we could have a better life.”

From infants to elders, families, friends and activists from one of the most diverse cities in the U.S. arrived with signs, banners and flags. They were from Mexico, El Salvador, Guatemala, Korea and Africa. There were rainbow LGBTQ+ flags and pastel Trans Liberation flags.

Andrea, a Mexican trans woman, spoke in Spanish for the Organización Latina de Trans en Texas saying, “We are a Latina trans organization, and we are here with everyone; because Houston is our home, and we all deserve a better quality of life.” 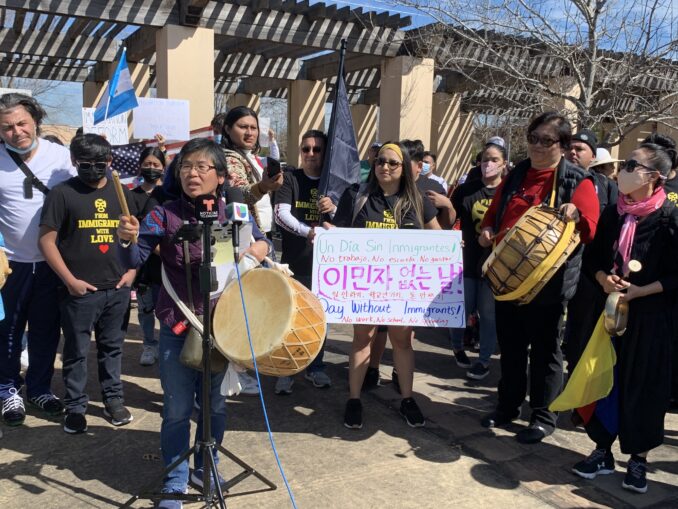 A Korean delegation came with drums and signs in several languages in support of the day. Their speaker, Hyunja Norman, called for unity among all of Houston’s immigrants.

One particularly moving speaker was 12-year-old Amarah Melgarejo, who shyly spoke of how proud she was to be there with her grandmother who had sacrificed to bring her to Texas, and now they were marching together in Houston.

Carlos Eduardo Espina, a young immigrant who lives in nearby College Station, initiated the Day Without Immigrants on his TikTok page, where he has over 2.5 million followers. Espina makes videos in Spanish about immigration. He said in a Feb. 11 Op-Ed in the Los Angeles Times that this protest is meant to pressure Biden into prioritizing protecting immigrants: “Thousands of immigrants from across the country have said they’re going to participate.”

Many at the Houston protest felt Biden had failed to deliver on his campaign promises regarding immigration reform. Raquel Haifa Chantres, who carried a sign directly appealing to Biden, said she won’t give up the fight until something changes. She said, “We just want to live here with dignity, real dignity.”

As the closing rally ended, there was a question asked, “Are you all ready to march on May Day?” The answer was a loud and rousing “YES!”