Teachers in Puerto Rico began staying off the job and protesting Feb. 4, the day of this march. The Puerto Rico Teachers Federation officially called a strike five days later. They demand a raise in their monthly salary, frozen for the past 14 years, and adequate pensions. Teachers’ pensions were drastically cut under the austerity terms of the Fiscal Control Board, imposed on Puerto Rico by the U.S. Congress in 2016. Firefighters and other workers have joined the teachers, who are also demanding the resignation of Governor Pedro Pierluisi. 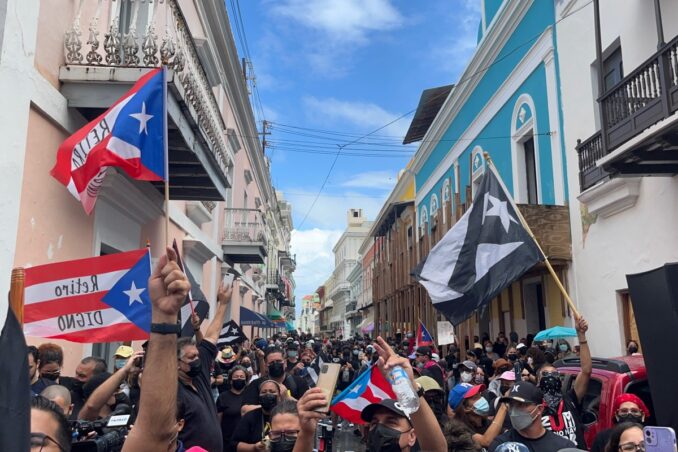