There are failures that I guess you get a taste for, or how can it be possible for the defeated to regenerate into new forms of failure? Are they guided by that feeling that someday it will work out, after trying so hard? 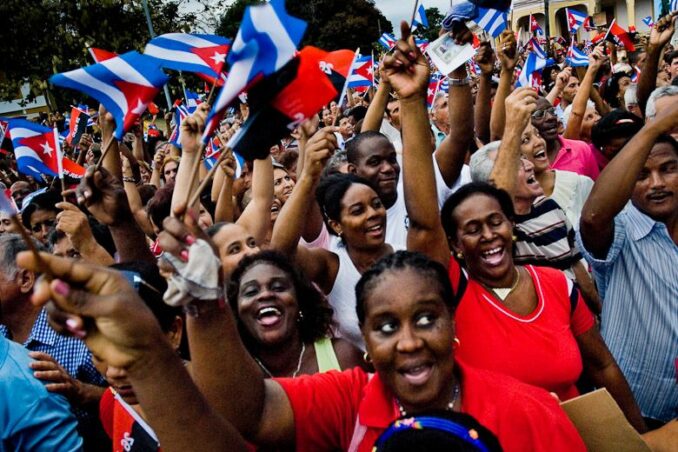 Out of this thinking was born ‘Cuba Próxima,’ heir to the failure of ‘Cuba Posible,’ a project that Roberto Veiga founded during the rise of Obamaism to try, once again, to colonize the project of nationhood that is being built in Cuba contrary to all forms of imperial domination.

The image of failure is already painted on the face of this new organization paid for by the endless flow of dollars from the U.S. government, which dresses in the garb of “NGO,” and which quietly waited for the Biden era to arrive to show its teeth through the possible new rapprochement that did not happen, as the current president has only followed the agenda of his predecessor.

They were born supporting the “heroic” Yunior Garcia, who left for Europe as soon as he had the opportunity to drink the “honey of capitalism,” which he reveres, after creating a whole campaign where he appeared as the “messiah.”

Moreover, like all puppet organizations, they quickly anchored themselves to foreign names: the never-ending cycle of counterrevolution. Here they are once again trying to enslave us through the lords and ladies who, from their lofty balconies in the first world, pretend to override the will of the people.

Peter Hakim, president emeritus and senior member of the Inter-American Dialogue, a Washington-based committee that deals with Western Hemisphere affairs, is currently a member of the International Advisory Council of Cuba Próxima, along with other personalities. Does this sound familiar? Puppet governments? Any coincidence is not pure coincidence.

They claim to have as their first objective “the ideal of a plural and democratic Republic in Cuba, far from any kind of authoritarianism.” Although on their part they want, authoritatively, to implant that neocolonial Republic over the democratic one voted for through the Cuban ballot box, where this project of nation that we are building today was elected. This is how their parade works.

They also declare themselves to be lovers of destabilization and violence, as they announce that ‘Cuba Próxima’ “is marked by the milestones of July 11 and Nov. 15.” They used these two coup attempts as an entrance to the economic and health crisis caused in Cuba, among other things, by a world pandemic and an economic blockade imposed precisely by those who finance ‘Cuba Próxima.’

How well it is seen that none of them experienced in the flesh what July 11 was, nor do they know that nothing of what they were looking for happened here on Nov. 15. What did happen was a celebration of joy for peace by the people!

‘Cuba Próxima’ will be — as they declare — “for the formation of a prosperous, free, industrious, generous, democratic country.” In other words, they do not recognize that Cuba is any of these things, not even that we are a laborious people, who have worked with humility for the Revolution, and that is our foundation. For them to work and create a new formation, it must strangely be connected to serving the empire.

Now, to border even more on the ridiculous, they have created a “shadow government.” Yes, exactly, in the style of Juan Guaidó [in Venezuela], with the difference that in this case, there are several self-appointments included: Roberto Veiga, president; Carlos Cabrera, vice president; Alexei Padilla, coordinator of communication; Massiel Rubio, of culture . . . and a long list of investitures; but, believe it or not, it works in their imaginations, because based on it they can charge and conspire against Cuban socialism and social equality.

The right wing has declared itself and is showing its true identity. They will no longer be able to dress up as leftists who spent a long time making the tale of the good pipe, with their lectures about inequality that they have never put into practice, nor have they fought for it to be reduced. Yet now they end up grouping themselves with those who have always wanted to repeal our most precious and fundamental conquests. Now they have joined the empire’s hegemonic plan to destroy them.

“We have perhaps been too long installed in the denunciation and diagnosis, but Cubans need to know how we opponents would govern,” this is how they have presented this self-proclaimed government, where there is only one thing in common: the ambition for power, the hypnotic ego that ignores the collective sacrifice we make as a people to seek a deepening of the socialist rule of law, for which they have not contributed one iota; and yet, they seek its definitive destruction.

Once again, the essence of those who love and build make us see what they are not, what they do not want and what they will not fight for. ‘Cuba Próxima’ is not the Cuba I want. It is not the Cuba we have fought for. The next Cuba will surely be difficult; but one thing for sure, it will not be colonized.