The following is a press release from the United National Antiwar Coalition:

WASHINGTON, D.C. — Led by the United National Antiwar Coalition (UNAC), more than 26 antiwar groups and 2,500 individual peace and justice advocates have cosponsored a statement (tinyurl.com/2p9fb4es) calling for the immediate release of publisher Julian Assange and commending him for his contributions toward global peace. 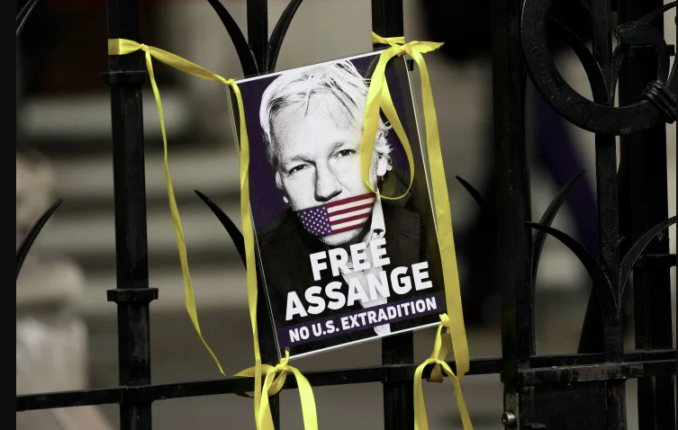 Assange is currently fighting extradition to the United States after the Trump administration indicted him on unprecedented Espionage Act charges. His indictment marked the first time in U.S. history that a journalist has been charged for publishing truthful information.

Since being removed from Ecuador’s London embassy after a new Ecuadorian administration bowed to U.S. pressure to withdraw his asylum, Assange has been held for more than 1,000 days in Belmarsh Prison while his extradition case is being heard through U.K. courts. A decision from the British High Court on whether to hear an appeal is expected in the coming days.

Among the statement’s signers is Alice Walker, Nobel Prize-winning author of “The Color Purple” and longtime peace activist. Walker, a cochair of the Assange Defense Committee, emphasized the importance of Assange’s commitment to showing the public the horrors of war.

“We owe it to Julian to fight for his freedom, because he fought for peace for the rest of us,” Walker said. “He fought for justice by exposing how the United States conducted horrific wars of conquest in Iraq and Afghanistan. Millions died in these wars, mostly civilians. Assange believed that knowledge of U.S. war crimes belonged to us, the people, to decide for ourselves what should happen in our name. And now it’s time for us to fight for him.”

“While the Biden administration is confronting U.S. adversaries over their press-freedom shortcomings, it should address its own hypocrisy,” Fuller said. “Locking up Julian Assange for exposing the truth about U.S. wars is an insult to all those struggling for peace and human rights.”

Peace and Justice Organizations call for Freedom for Julian Assange

Imprisoned Wikileaks founder, journalist and free-speech champion Julian Assange today faces life imprisonment for telling the truth about U.S. war crimes in Iraq, Afghanistan and at the U.S. torture base in Guantanamo Bay.

Assange faces charges under the 1917 U.S. Espionage Act. Prosecution under that WWI antidemocratic law placed thousands of antiwar activists in prison for exercising their free speech right to protest WWI.

Some 100 Times reporters evaluated Pentagon confidential documents obtained under the Freedom of Information Act. These included reports on 50,000 U.S. airstrikes on Iraq, Syria and Afghanistan conducted under the Obama and Trump administrations. The Times on-the-scene reporters subsequently confirmed tens of thousands of civilian casualties — collateral damage.

“The [Pentagon] documents,” according to the Times, “identify children killed or injured in 27% of cases; in the Times’s groundbreaking reporting, it was 62%.”

The Times and several other major publications worldwide reprinted much of the same Pentagon material that Assange’s Wikileaks released to the world. Yet Assange faces life in prison for publishing the truth.

The persecution of Julian Assange by the U.S. government is a threat against free speech and free press. It is also a threat to the Peace Movement and all movements for social change; since without information and the ability to speak and write freely about U.S. wars and war crimes, we are greatly limited, and the people of the world are kept in the dark.