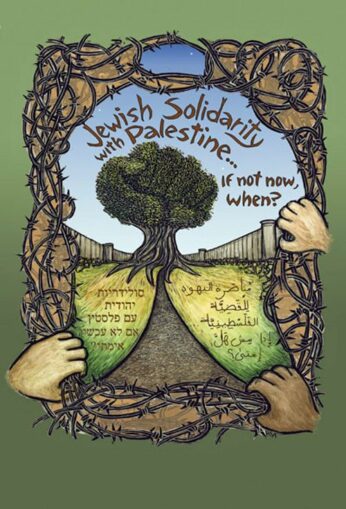 After 20 performers pulled out of the 2022 Sydney festival in Australia due to Israeli sponsorship, over 70 prominent Jewish organizations and personalities from Australia endorsed the festival’s boycott in the following open letter:

We are witnessing, and part of, a tremendous moment in Palestinian solidarity politics. In so-called Australia, a boycott of the Sydney Festival has been called by Palestinians in response to the Festival seeking out a $20,000 donation from the Israeli Embassy. This donation is part of an Israeli program of propaganda, wherein they seek to ‘artwash’: to use art as a tool to distract from Israeli violence and oppressive treatment of Palestinians.

But, following the lead of Palestinian organisers, we know that we cannot allow this “artwashing” to work as intended. Rather than staying silent, we want to say loudly: Israeli apartheid, settler colonialism, and occupation cannot be allowed to continue. And neither can Israel’s international program of propaganda that seeks to absolve it of any form of accountability.

We Jews are eager, honoured and humbled to stand alongside our Palestinian siblings and echo their calls. We refuse to be complicit in Israel’s actions. We stand in solidarity with Palestine and Palestinians.

Israel engages in daily violence. From the violence of the military courts, checkpoints, settlements, murders, land theft and daily harassment of Palestinian communities in the West Bank; to the siege on Gaza and airstrikes; to the attacks on Al Quds (East Jerusalem) in May 2021 (at the same time as the Sydney Festival was soliciting this funding), the destruction of Palestinian archives and cultural institutions, and the differential treatment of Palestinians and Jews throughout ’48, the violence is ongoing, and it is gut-wrenching.

We must confront the ways in which by remaining silent or neutral on this matter we are complicit in the enabling of this injustice.

Boycotts are a nonviolent and effective tool for exposing these kinds of injustices and helping us take a stand against it. Solidarity works. Countering colonialism — wherever and whenever it occurs — works. We are dedicated to working alongside Indigenous people everywhere, to amplifying their voices and knowledge in the fight against colonialism.

Instead, we can together be part of creating networks of solidarity and resistance, of radical love and care, outside of the systems that colonialism tries to maintain. But they will always fail, because we will always find each other.

“You are not obligated to complete the work, but neither are you free to desist from it.” Pirkei Avot, 2:21