Close to 1,000 Kellogg’s strikers and their supporters rallied near corporate headquarters in Battle Creek, Michigan, Dec. 17. The strike here and at three other plants in Nebraska, Pennsylvania and Tennessee began Oct. 5. The 1,400 Workers, represented by the Bakery, Confectionery and Tobacco Workers and Grain Millers Union, want to get rid of the divisive two-tier pay and benefit system and restore equal pay for equal work. 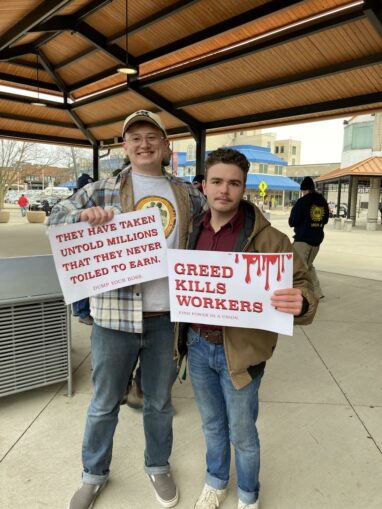 The rally featured BCTGM Local 3-G President Trevor Bidelman and Senator Bernie Sanders. Those who turned out in support of the 325 Battle Creek Kellogg’s strikers were members of many different unions, who traveled from around Michigan and neighboring states, as well as young people of the local community. An example of community support was the donation of hundreds of donuts by Sweetwater Bakery, a Battle Creek institution. 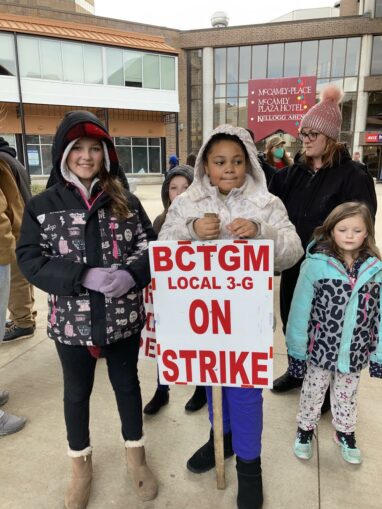 Strikers overwhelmingly rejected a contract offer Dec. 5 and began voting on another tentative agreement Dec. 20. Addressing the latest offer, Bidelman stated, “This is not something that we were looking to fix for the next 3 to 5 years. The tentative agreement we will be voting on Monday, that’s exactly what it’s doing. It’s a Trojan horse that’s been given to us, that’s going to allow us to basically harm ourselves down the road.” 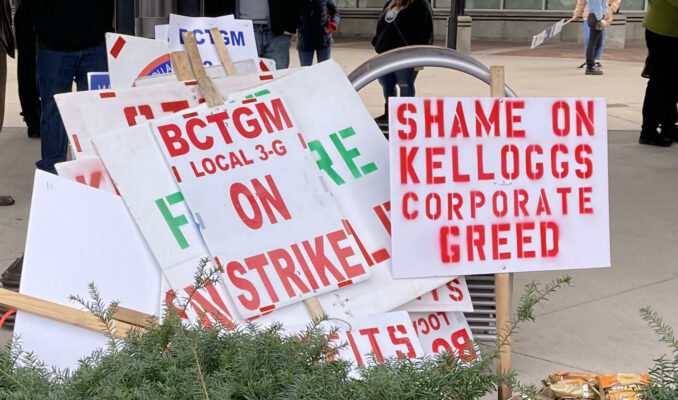 As Bradley Mapes, a mechanical technician with 17 years seniority explained, “A fair contract would be equal pay and equal treatment. We just want everybody to be treated as equal.” (Battle Creek Enquirer, Dec. 17)