Workers in Virginia flexed their organizing muscle in two separate industries recently. First, hospitality workers at the tourist attraction, Colonial Williamsburg village, held a rally in front of various sites within the complex. The majority of the workers are Black. Their grievances include low wages and long hours. 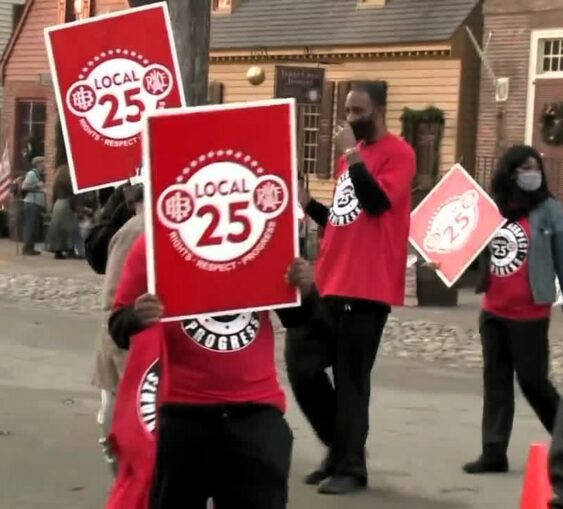 After experiencing layoffs during the pandemic, the six-day work week is now mandatory. John Boardman, union leader of UNITE HERE Local 25, couldn’t help but draw the comparison between the shameful history of enslavement during colonial times with how workers now are forced to risk injury due to the long hours of physical labor.

There is also the toll the limited time off takes on the family unit. Separation from their children for long periods, due to forced overtime, puts a strain on the parent-child bond, especially critical now as children’s lives have been so disrupted by the pandemic.

Elsewhere in Virginia, Richmond public schoolteachers won the right to collective bargaining, in a vote by the school board to accept the teachers’ proposal. Richmond became the first city in the state where teachers have won the right to bargain collectively on issues regarding wages, benefits and safety.

State law had banned collective bargaining for public sector workers including school teachers for 44 years. Teachers and parents of students said the ban was contributing to burnout among teachers and causing Virginia to lose quality educators. Pressure from these groups caused the Virginia General Assembly to lift the ban last May.