Washington plans to impose sanctions on the central government in Ethiopia starting Jan. 1. The sanctions remove Ethiopia’s Special Trade Status, which enables Ethiopian goods to be sold in the U.S. free of import duty. Ethiopia’s government is involved in a civil war with forces based in Tigray that had dominated Ethiopian politics from the 1990s until recently. 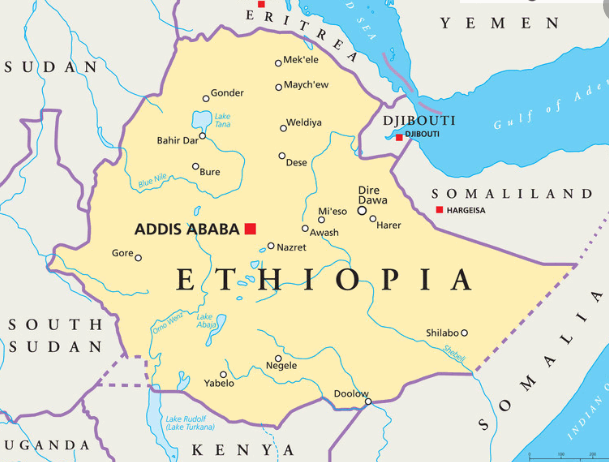 Since much of Ethiopia’s economic growth has been in manufacturing goods for export, this sanction will devastate its economy and cost many low-wage workers their jobs, according to Ethiopia’s Ministry of Trade and Regional Integration.

While the Joe Biden administration claims to have an evenhanded approach to Ethiopia’s civil war, the decision to impose sanctions and other steps belie that claim. The steps increase the chances of the so-called Tigray Peoples Liberation Front (TPLF) to win the battle to control Ethiopia, or, failing that, to dismember this country.

The Biden administration also allowed the TPLF to spread its propaganda. It permitted Berhane Gebre-Christos, who formerly served as Ethiopia’s foreign minister, speaking for the TPLF Nov. 9, to announce the formation of a coalition of nine political groups at the National Press Club in Washington.

The second most populous country in Africa with 110 million people, Ethiopia has had a tremendous economic growth rate. From 1999 to 2019, its economy grew by an average of 9.3% a year, lifting a quarter of its people out of poverty. While the United States and oil-rich countries like Saudi Arabia put up capital, the biggest investments came from China.

Ethiopia has existed as a sovereign country for centuries. Its army defeated the invading Italian army at the Battle of Adwa in 1896. This victory denied Italy a major colony in Africa and kept Ethiopia intact.

At a time in the 1970s when the Workers Party of Ethiopia was attempting to run the country on socialist principles, nationalist forces in Tigray formed the TPLF and opened an armed struggle in opposition.

Over 16 years of maneuvering and armed attacks, the TPLF managed to put together an alliance of reactionary militia organizations, the Ethiopian People’s Revolutionary Democratic Front (EPRDF), which overthrew the Workers Party government in 1991. Since that time until recently, the Ethiopian government has intervened in Somalia and other East African countries, coordinating with U.S. foreign policy.

In the maneuvering that followed the overthrow, the TPLF managed to gain leadership and dominate Ethiopia’s politics for nearly 30 years. In 2018 after protests and agitation from various ethnic groups, the EPRDF selected Abiy Ahmed, an Oromo, as its leader. Soon after he was elected prime minister.

Abiy removed many of the Tigrayan officeholders, accusing them of corruption and malfeasance. In late 2019, Abiy disbanded the EPRDF coalition government and set up the new Prosperity Party (PP).

The TPLF moved back to Tigray and after some political maneuvering began the civil war in November 2020. The war quickly grew intense, with an estimated 50,000 casualties and 3 million to 4 million refugees forced to flee the fighting.

U.S. support for the TPLF

Lawrence Freeman, a development economist who just returned to the U.S. after two weeks in Addis Ababa, the capital of Ethiopia, said during a webinar that every day he was there, the U.S. Embassy sent him a text saying that Addis was in an extremely dangerous situation and he should leave. They even offered a loan to buy the air ticket. The webinar was sponsored by the Ethiopian American Civic Council and the Sanctions Kill Coalition.

Freeman emphasized that the situation in Addis was calm, with people spending time chatting in coffee shops, strolling about. He gave a number of press interviews and could get plenty of news in English.

While the U.S. has placed a few minor sanctions on the TPLF, such as denying some of its leaders a visa, the proposed sanctions on Ethiopia have a serious bite.

Ethiopia is just one of the 39 countries on which the United States has imposed sanctions. These are acts of war and should be removed.