The following is part three of a presentation given by Johnny Hodgson, Sandinista National Liberation Front’s Political Secretary for the Autonomous Region of the South Caribbean (RACCS) on Oct. 6 in Managua, Nicaragua, to a U.S. delegation comprised of Coleen Littlejohn, Sara Flounders, Monica Moorehead, Joav Elinevsky and Stan Smith. The transcript is slightly edited. Read the whole article at https://www.workers.org/?p=60471&preview=true. 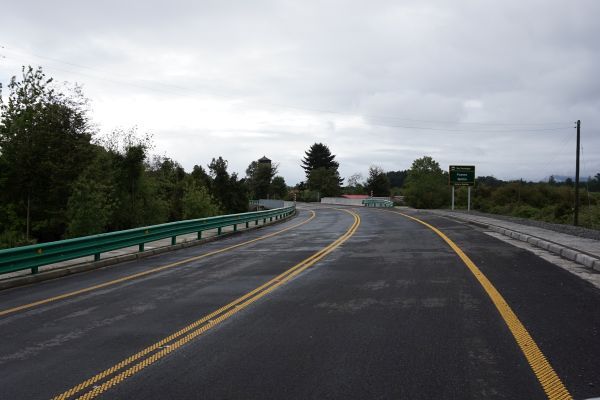 In 1934, Dr. Hudson from the Caribbean coast was able to represent us in the National Congress. When he got a chance to talk in the Congress, he questioned: “Why is it that in the rest of the country, they have roads; they have a seaport; they have electrical energy; they have water. Why is it that we don’t have these things on the Caribbean coast?” This was like 87 years ago. We can tell him that he can rest in peace now, because those things that he was speaking out for, we are getting them.

Twenty-five percent of the people had access to electrical energy. And now actually 75% of people have access to electrical energy on the Caribbean coast. But we’re not going to stop there; we are aiming at everybody. The type of development that we’re talking about is a development where no one stays behind. We can’t say we are developing; we’re happier; we have well-being, if the Rama people don’t have the possibility of producing their food and having access to water and to electrical energy, et cetera. So that is the key thing. Desarrollo donde nadie se quede atrás. (Development where no one stays behind.) And that’s why the model is Christian Socialist solidarity.

Atención Primaria de Salud (primary health care) is what we got. This includes identifying a person that is suffering from some disease or finding a person that’s pregnant, helping them to see how the evolution of their pregnancy is going, providing gynecology care. It includes health centers, health posts, maternal homes, brigades. It includes blood banks. It includes milk banks on the Caribbean coast. We have three milk banks all over Nicaragua and on the Caribbean coast.

So it’s a huge network of human resources and infrastructure that’s dedicated to help, and that’s why we were so effective also in dealing with COVID-19. Nicaragua currently has 77 hospitals. This is twice the amount of hospitals than in Costa Rica. They also go hand in hand with the number of doctors that are specialized in internal medicine, in gynecology. So these things are part of an enormous democratic effort to make sure that, as Dr. Hudson was saying, that nobody is left behind. Nobody should be left behind in this development process, in this stage of the revolution.

Development under the Sandinista government

In explaining the electoral process, in 2007 when we made this development strategy, it was a great thing. This electoral strategy formulated a proposal and was submitted to consultation with different groups of people, different sectors.

To give you an idea, we have a regional council made up of 45 members. That’s our regional parliament. In the voting of 2014, the Sandinistas got 30 members of the 45 seats. Then after the troubles [in 2018], we had elections in 2019, and the Sandinistas passed from 30 seats in the Congress to 32. So we grew. And then we go into election next month [Nov. 7] in Nicaragua, and definitely the things that we’re talking about are not just things that the people see.

And I tell you, our parents always dreamed that someday we would have a road. And all kinds of governments pass, and we never get that road. You know what they used to tell us? That it is impossible to build a road to Bluefields, where I come from.

So people see these things, and people are willing to support the Sandinistas for these things, material things, but also for what I was telling you about convivencia comunitaria [community coexistence]. People appreciate that a lot that the Sandinistas are trying to implement what we need so much, unity and diversity, this interculturality — we have it in us. But it’s so nice to have a government promoting that, pushing for that, striving for this interculturality.

Diversity used to be seen as an obstacle. The government said, “We will not be able to advance or develop, if we’re talking different languages.” You know, their idea was uniformity. And so people appreciate this, and the surveys say that the people from the Caribbean coast of Nicaragua are going to support the Sandinistas in these elections.

Now the other element of that is communication. So one thing in is the hospital, because for a woman in somewhere like across the Rio Grande who needed to get to a hospital five years ago, 10 years ago, they would have to take a boat for about two days if it’s a slow boat, or if it’s a fast boat like nine, 10 hours to get to a hospital. So it’s not just the hospital, but it’s the roads.

Now I hear that to go from La Cruz to El Tortuguero is four hours by road. So those are elements when you talk about development and progress, etc., those are key elements to rights and well-being. People ask, “Why are you fighting so much for the road on the coast?” And I just like to tell this story.

A gentleman had a heart event in La Cornelia Island at three o’clock in the afternoon. They rushed him to a clinic. And the doctor said, “You have to get on a plane.” By the time they stabilized him and tried to get him on a plane, the plane left. So now he’s stuck in La Cornelia overnight. He has to wait now at least 15 hours for the plane to come back again. So he survives through the night. The plane comes at 8:00 in the morning. They try to get him on. Finally, they get him on the plane, and he comes to Managua. So why the argument about why a hospital in La Cornelia?

So 10,000 people vis-à-vis $10 million to 200,000 people. Any bureaucrat sitting around the table would decide for the 200,000. And if it’s a bureaucrat with a political ledger, he said, “This is 200,000 votes.” That is why we need to be around the table where the decision making is taking place, in order to influence decision making in policy. So finally, the hospital was built in La Cornelia. That gentleman was my father, who survived, by the way.

And to show you that the farthest municipality from Managua off of the course is Ocotal, that’s on the border with Honduras. It takes you four hours to get from Ocotal to any hospital in Managua. From Cornelia, it takes you a lifetime. That is what I think would be described here by decision policy.