Nov. 22 will mark the seventh anniversary of 12-year-old Tamir Rice’s murder by Cleveland police. Tamir’s Campaign for Justice held a “Long March for Justice for Our Beloved Tamir Rice” Nov. 9 and rallied to demand both Cuyahoga County and the U.S. Department of Justice reopen the case, which the DOJ secretly closed while President Donald Trump was still in office. 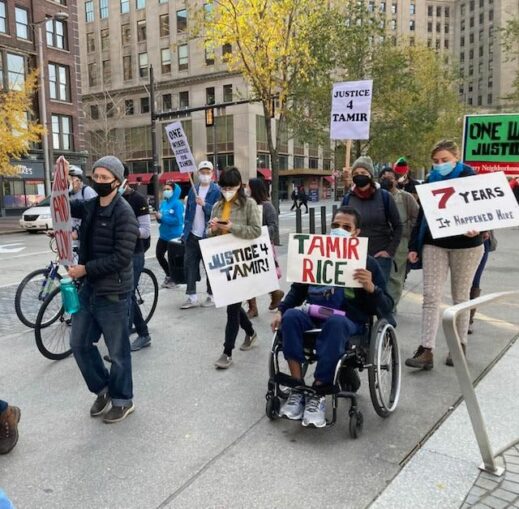 Tamir’s mother Samaria Rice, along with other family members and supporters, demonstrated in Washington, D.C., Oct. 26 and met with DOJ officials about restarting its investigation but have not received a decision. Tamir’s Campaign held a Libation Ceremony in Tamir’s honor Nov. 5.

Neither of the two cops involved in the shooting have been charged with a crime. The killer, Timothy Loehmann, was only fired years later for an unrelated offense. Loehmann’s partner, Frank Garmback, remains on the force. 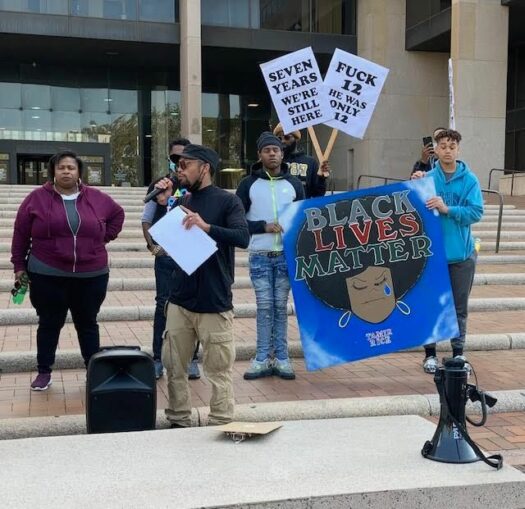 Speakers blasted Cuyahoga County Prosecutor Michael O’Malley, who campaigned on a pledge to bring justice for Tamir but has done absolutely nothing since winning the election in 2017.

The demonstration occurred one week after Cleveland voters passed Issue 24, a measure to hold police accountable for brutality and misconduct.