The Oct. 25 military coup in Sudan, led by General Abdel Fattah al-Burhan, has been met by a heroic outpouring of coordinated people’s resistance. 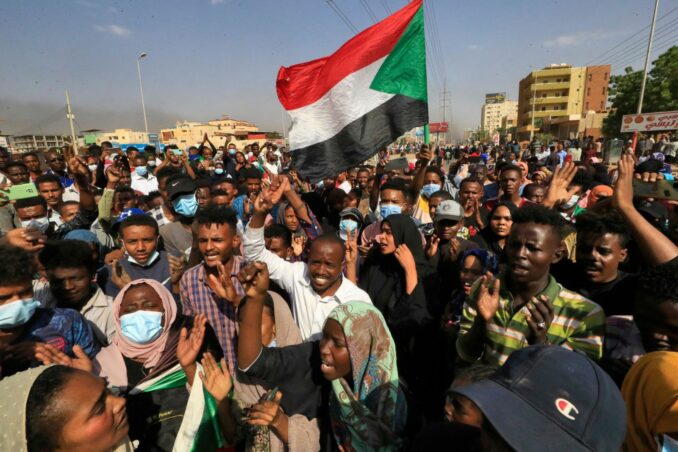 U.S. imperialism is intensely involved behind the scenes in an effort to sabotage the revolutionary struggle arising in this strategic African country. The U.S. can draw on its vast financial leverage, global military reach, intelligence agencies, capitalist media and a web of NGOs and other well-funded organizations.

Sudan is a country rich in oil, natural gas, gold and other resources. It is also located on the Red Sea, on global shipping lanes. Historically it has been targeted by various destabilizing strategies, including attempts to break the unified country into smaller, competing regions.

Coup leader Burhan has declared himself head of the Sovereign Council, a power-sharing body of military officers and civilians, which has been ruling Sudan since late 2019. Prime Minister Abdullah Hamdok, head of the moderate civilian faction of that transitional government, has been arrested, along with most civilian cabinet members and other leaders.

The Sudanese Communist Party (SCP) and its allied trade unions, neighborhood resistance committees and the Sudanese Professional Association (SPA is an organization of teachers, medical workers and civil service workers) have issued a call to take to the streets. 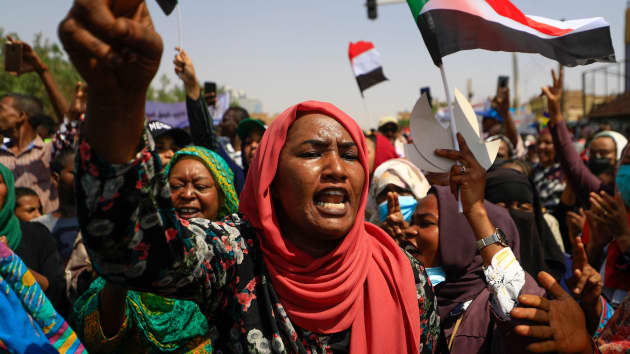 The basic unifying demand is for the return to civilian government. The tactics are civil disobedience, a general strike and other coordinated mass actions. All schools, industries (including the national airline) and civil services are part of the strike call.

In an effort to break this coordination the military has shut all internet communication. (tinyurl.com/tkzea8c)

The military coup and mass popular resistance is the most recent phase in an unfolding revolutionary process in Sudan, which began with a December 2018 popular uprising.

The upheaval led to a group within the military aligning with the movement and arresting President Omar al-Bashir, a general who had held power since 1989. Though millions of people were swept into motion in the revolutionary upheaval, developments were cut short by a 2019 agreement between more moderate business forces, political parties and the Sudanese military to form the Sudanese Sovereign Council.

The agreement was that this transitional government would move toward an elected democratic government by 2022.

The more business-oriented elements made this compromise after a June 3, 2019, massacre of people in a peaceful sit-in at army headquarters. Over 100 demonstrators were killed, and thousands were injured. The attack came from the Rapid Support Forces, whose commander backs General Burhan.

Because of the military role in the coalition council, the SCP and the SPA — along with neighborhood resistance committees and most trade union organizations — refused to take part in the transitional government. Their focus has been to continue to organize at the grassroots level.

However, these groups mobilized to defend the transitional arrangement every time the government was threatened by a military takeover.

The U.S. has focused on destabilizing and dividing Sudan, with more than 30 years of U.S. sanctions that have strangled the country. In 1998 a U.S. missile attack destroyed Sudan’s only pharmaceutical plant; and there have been years of Israeli bombardment of Sudan with U.S. backing. U.S. efforts to partition the country include backing various separatist breakaway attempts, like in Darfur in west Sudan, not to mention the U.S. role in the Peace Agreement of 2005 between Sudan and South Sudan and immediate recognition of South Sudan in 2011.

The unstable coalition government in 2019 — made up of competing economic forces — attempted to negotiate a deal with Washington to lift the sanctions and provide some economic relief to the population. Unable to resist demands from the Trump and the Biden administrations, the Sovereign Council signed agreements over the past two years with dangerous internal and international implications. The Sudanese government under the Council agreed to recognize the state of Israel — a huge concession, considering Sudan’s decades of defense of Palestine and the fact that Israel had repeatedly bombed targets in Sudan for years.

In order to lift the U.S. designation that Sudan was a “state sponsor of terrorism,” in 2019 Prime Minister Hamdok — prior to his visit to Washington — signed a law to dismantle and confiscate organizations or businesses that supported Palestinian charities. Sudanese assets of Hamas connected to business people in besieged Gaza were seized. Hezbollah supporters were expelled. Palestinian students from Gaza could no longer gain university education in Sudan.

For decades, people and resistance organizations from countries under U.S. control throughout the Arab world had sought refuge in Sudan. Suddenly they were at risk. 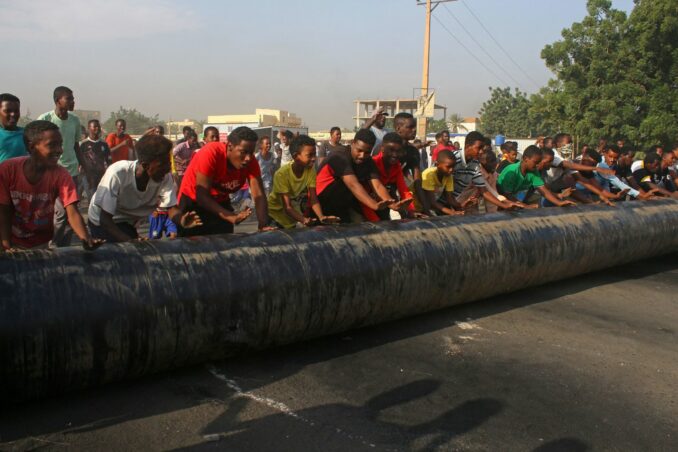 The transitional government signed an agreement to pay $335 million to U.S. families who were “victims of terror attacks” in several African countries. These attacks had not taken place in Sudan. A future $700 million loan to the battered Sudanese economy was contingent on this payment. Almost half the money dangled as U.S. “economic relief” had to first be paid to the U.S.!

In exchange for these and other concessions, the U.S. Department of Commerce declared Jan. 19 that Sudan was “open for business.” But while some sanctions on Sudan were lifted, other sanctions were left in place, subject to meeting further U.S. demands.

In March the coalition government was forced to “welcome” to Port Sudan the USS Winston Churchill, a guided-missile destroyer. U.S. war ships have not had access to Sudan for more than 30 years.

The destroyer is an ominous threat. And Winston Churchill is reviled in Sudan as an arrogant, racist colonialist, who launched his political career as a cavalry officer in the Sudan during the British colonial army’s defeat of the Mahdi uprising at the Battle of Omdurman on Sept. 2, 1898. The Mahdi movement had assembled a unified, disciplined force of more than 100,000 Sudanese soldiers and succeeded in halting British domination for almost two decades. The anti-colonial movement was founded by religious leader Muhammad Ahmad bin Abd Allah, or Mahdi.

Churchill’s war correspondent accounts from the front enthusiastically described the defeat of the Mahdi Army, mowed down by British machine guns and crossfire from British gunboats. The battle at Omdurman — a city located strategically across from Khartoum where the Blue and White Nile Rivers converge — was a turning point in securing British colonial domination in Africa.

Now, in an echo of old colonial rule, the USS Winston Churchill glides into a Sudanese harbor — and an opening for AFRICOM, the U.S. Africa Command, to “partner” with Sudan’s military is under “friendly discussion.”

The U.S. has backed the return of the depredations of the International Monetary Fund on Sudan’s battered economy. The IMF demanded Sudan end fuel and food subsidies to the population in June, doubling the cost of gasoline and diesel overnight, raising the cost of food and essential supplies and sending inflation soaring.

The subsidies had ensured basic subsistence. But the weak government, trying to meet U.S. demands, complied with IMF-monitored “reforms.” Now the most desperate part of the population is increasingly dependent on the “charity” of U.N. and U.S. aid organizations for handouts.

What Sudan needs and wants to buy is equipment and technology for development. For this, they need access to banking and financial credit, which the IMF dangles.

So far, international assistance with development has only come from China, which has been willing to aid in infrastructure and transport technology.

Mass demonstrations met the transitional government’s decision to end food and fuel subsidies. Sudan had already, at IMF demand, devalued its currency in February. The end of subsidies was another devastating blow to all workers.

In June the demonstrations were organized by the SPA and the SCP. These are the forces opposing the military coup now.

U.S. machinations to disrupt Sudan are part of its plan to dominate Africa, extending far beyond Sudan. The U.S. works to undermine the security and stability of every country it targets, regardless of size. Redivision and weakening of independence is imperialism’s goal in the service of relentless concentration of capital and corporate domination.

To strengthen resistance to this brutal exploitation, the general strike and heroic resistance in Sudan need the full solidarity of all working people — especially here in the U.S.

The power of working-class organizations to unify and organize millions of workers, peasants and oppressed nationalities to defend their own interests against these exploitative deals and military coups is the way forward.