The following is lightly edited from a press release issued by the tribunal:

In the Spirit of Mandela, an unprecedented U.S. alliance of attorneys, academics, and organizers from the movements for Black lives, civil rights, Puerto Rican decolonization, immigrant rights, and Indigenous sovereignty/Earth protection, will put the U.S., state and local governments on trial for crimes against people of color. From Oct. 22 to 25, the International Tribunal on U.S. Human Rights Abuses Against Black, Brown and Indigenous Peoples will convene, both in person at a Manhattan historic landmark and virtually via livestream. 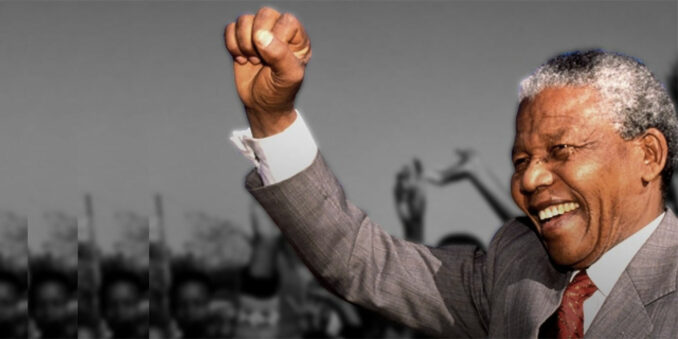 “This proceeding will establish overwhelming evidence that this country and its settler colonial predecessors have committed genocide, as defined by the United Nations, against Black, Brown, and Indigenous Peoples for over 400 years,” said Jihad Mabdulmumit, spokesperson for the coordinating committee of the In the Spirit of Mandela Coalition. “As we’ve seen most recently with the George Floyd street uprisings, only a strong grassroots movement from below can expose these crimes and do the work that can end them.”

Presiding will be an independent nine-member Panel of Jurists, some with international stature. The majority are women and are Global South-rooted from India, Eritrea, Haiti, France, the U.S. and elsewhere. These jurists will oversee two days of testimonies from impacted victims, expert witnesses, and attorneys with firsthand knowledge of specific incidents raised in the charges/indictment. They will then deliver their verdict to the U.N.

Based on all the above, the overarching charge will be argued that the U.S. has committed genocide against Black, Brown, and Indigenous peoples, in violation of 18 USC 1091 and the 1948 United Nations Convention on the Prevention of Genocide. Legal aspects of the Tribunal will be led by Attorney Nkechi Taifa, along with a powerful team of seasoned attorneys from all the above fields.

The In the Spirit of Mandela Coalition, created in 2018, is a growing group of organizers, academics, clergy, attorneys, and organizations committed to working together against the systemic, historic, and ongoing human rights violations and abuses committed by the U.S. against Black, Brown, and Indigenous Peoples. The coalition recognizes and affirms the rich history of diverse global activists, including Nelson Mandela, Winnie Mandela, Graca Machel Mandela, Ella Baker, Dennis Banks, Cesar Chavez, Fannie Lou Hamer, Fred Korematsu, Lolita Lebron, Rosa Parks, Ingrid Washinawatok, and many more in the resistance traditions of Black, Brown and Indigenous Peoples.

The year 2021 marks the 70th anniversary of the campaign in which African-American human rights leaders Paul Robeson and William Patterson, with the support of eminent sociologist Dr. W.E.B. DuBois, presented the “We Charge Genocide” petition to the burgeoning U.N. headquarters in 1951. Then in 1964, Minister Malcolm X (El Hajj Malik el-Shabazz) formed the Organization of Afro-American Unity, in part to bring the case of U.S. human rights abuses to the attention of the U.N.

The 2021 International Tribunal has a unique set of outcomes and an opportunity to organize on a mass level across many social justice arenas. Upon the verdict, the results of the Tribunal will codify and publish the content and results of the Tribunal to be offered in high school and university curricula; and provide organized, accurate information for reparation initiatives and community and human rights work.

It will present a stronger case, building upon previous and respected human rights initiatives, on the international stage, and establish a healthy and viable massive national network of community organizations, activists, clergy, academics, and lawyers concerned with challenging human rights abuses on all levels and enhancing the quality of life for all people.

Goals are to strengthen the demand to free all political prisoners and establish a Truth and Reconciliation Commission mechanism to lead to their freedom;  establish the foundation to build a “Peoples’ Senate” representative of all 50 states, Indigenous Tribes, and major religions; and provide the foundation for civil action in federal and state courts across the United States. For more information contact: Dr. A’isha Mohammad, [email protected], 510-776-6078.

VIDEOS: All educational webinars and additional videos can be found at vimeo.com/spiritofmandela and tinyurl.com/4pzevc5y  Videos of the Tribunal will be available at these links shortly after its conclusion.