Oct. 15 – Dave Chappelle has been rightfully criticized for transphobic, homophobic and misogynist comments made on his stand-up comedy special, The Closer, which aired Oct. 5. Netflix, which produced the show, has also come under fire for refusing to stop airing the show. 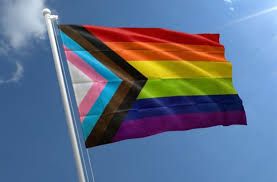 Trans and queer people who work at Netflix have spoken up, including Dear White People’s co-showrunner Jaclyn Moore, the staff of the twitter account @Most and senior software engineer Terra Field. Field was fired after tweeting: “Promoting TERF ideology (which is what we did by giving it a platform yesterday) directly harms trans people, it is not some neutral act. This is not an argument with two sides. It is an argument with trans people who want to be alive and people who don’t want us to be.” She and other trans Netflix employees fired or suspended for protesting Chappelle’s show are now back on the job.

Responses continue to pour in from progressive groups and individuals condemning both Chappelle and Netflix for promoting bigotry and violence against some of the most oppressed sectors of society.

The National Black Justice Coalition is a “leading national civil rights organization dedicated to the empowerment of Black lesbian, gay, bisexual, transgender, queer+, and same gender loving (LGBTQ+/SGL) people, including people living with HIV/AIDS through coalition building, federal policy change, research, and education. Our mission is to end racism, homophobia, and LGBTQ+/SGL bias and stigma. NBJC supports Black individuals, families, and communities in strengthening the bonds and bridging the gaps between the movements for racial justice and LGBTQ+/SGL equity.” (nbjc.org)

NBJC Executive Director David Johns states, “It is deeply disappointing that Netflix allowed Dave Chappelle’s lazy and hostile transphobia and homophobia to air on its platform. With 2021 on track to be the deadliest year on record for transgender people in the United States — the majority of whom are Black transgender people — Netflix should know better. Perpetuating transphobia perpetuates violence. Netflix should immediately pull The Closer from its platform and directly apologize to the transgender community.” (thsource.com, Oct. 7)

Gay and Lesbian Alliance Against Defamation “rewrites the script for LGBTQ acceptance. As a dynamic media force, GLAAD tackles tough issues to shape the narrative and provoke dialogue that leads to cultural change. GLAAD protects all that has been accomplished and creates a world where everyone can live the life they love.” (glaad.org)

Workers World adds its voice to this condemnation.