Outrage over the Minneapolis police murder of George Floyd in May 2020 was immediate. This righteous anger took many forms, from marches and rallies to toppling racist statues, shutting down highways and even setting fire to police stations. The disgust was palpable and widespread. 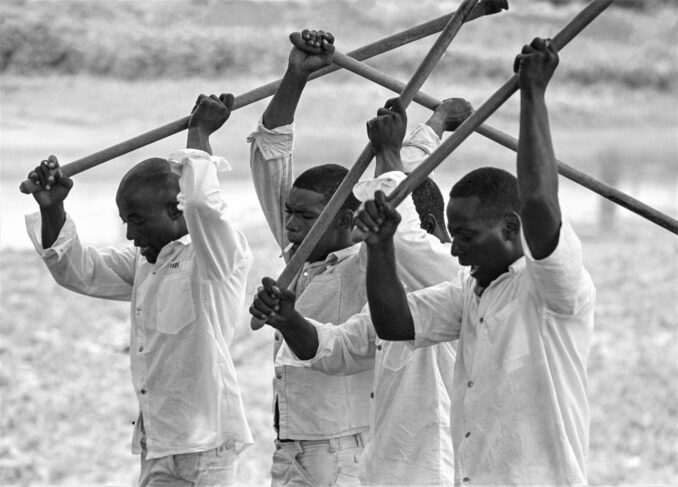 As a result, many Confederate symbols have since been removed, either by militant protesters or by government entities to pacify protesters. A report, issued by the Southern Poverty Law Center in February 2021, announced that 168 Confederate symbols were removed in 2020. Of those, 94 were monuments. (tinyurl.com/t6wknf8w)

Now reports are surfacing that prisons named after racist, slave-owning plantation owners or even former plantations may be changing their names as well. In Texas, Virginia, North Carolina and other states, many prisons were named to glorify slavery and the plantations that enslaved people.

One of the most infamous is Angola Prison in Louisiana, built on land which was originally Angola Plantation. The prison requires incarcerated men to work in the same fields that enslaved people worked up through the Civil War.

Of Angola’s incarcerated men, 80% are Black. According to the Equal Justice Initiative, “its warden compares the grounds to ‘a big plantation in days gone by.’” (tinyurl.com/mzjxjp4s) The formal name of Angola prison is actually the Louisiana State Penitentiary.

The Thirteenth Amendment abolished slavery in the United States, except “as a punishment for crime.” So prison slavery is, in fact, legal.

The end of slavery left the Southern labor market in need of workers to do the work previously done by enslaved people. The criminal justice system became one of the primary means of continuing the legalized involuntary servitude of primarily African Americans across the South.

Many historians call this period “worse than slavery,” because while the old slave masters had an interest in keeping their investment in enslaved workers alive to work another day, those who leased prisoners had no such interest. They could and did literally work a prisoner to death and then replace them with another prisoner.

Justice for the Sugar Land 95

In February 2020, as construction was beginning on a new school building in Sugar Land, a suburb south of Houston, a backhoe driver found a human bone. More bones were discovered, and ultimately the remains of 95 people were unearthed. Activist Reginald Moore had warned that the school was being built on the land of former plantations, and the remains of leased convicts were in the area.

By summer, the remains of 94 men and one woman, all African American victims of convict leasing, were recovered on the future site of a technical education center. Ranging in age from 14 to 70, the incarcerated people had muscular builds but were malnourished, their bones misshapen from backbreaking, repetitive labor. They were buried in plain pine boxes, sometime between 1878 and 1911.

Moore’s fears had been realized. After a struggle to honor these remains, to identify them and properly bury them, the work of activists under the leadership of the National Black United Front is paying off. Construction was halted and never continued.

On Juneteenth 2021, an event was held on the school district’s land that abuts the previously unmarked cemetery. It was organized by the Society of Justice and Equality for the People of Sugar Land (S.O.J.E.S.), a nonprofit organization dedicated to seeking justice for the Sugar Land 95. (sojesjustice.org)

Robin Cole, a Sugar Land resident and president of S.O.J.E.S., said, “We have to get justice for the Sugar Land 95, their unimaginable lives of forced labor, and explain why people should never again be subjected to such inhumane and cruel practices that benefitted only a few.”

Cole announced that S.O.J.E.S. will build a national convict leasing museum and educational center named after the late activist Reginald Moore, to inform the world about the harrowing system of racial oppression that existed in Texas and throughout the South from the late 1800s to the early 1900s.

The museum will be part of “the Sugar Land 95” experience, a collaborative effort developed by S.O.J.E.S. to take visitors through a journey of awareness through education, memorialization, healing and reconciliation between the past and present.

In 2021, as racist monuments and statues have been removed through the struggle, another change is happening. Departments of Correction are beginning to change the names of some prisons named after racist owners of enslaved people, some named after actual plantations.

In Texas, the former Darrington Unit is now the Memorial Unit. South of Houston in Brazoria County, it was named after John Darrington from Alabama. A large plantation owner who owned land in Texas, he sold the land to the State of Texas after slavery was abolished. The name may have been changed, but today’s incarcerated workers, mainly Black and Latinx men, still harvest cotton with no pay.

There are other prisons whose names should be changed. A prison in Huntsville was named after Thomas Goree, a former slave owner and a Confederate captain. According to the Marshall Project, he was closely tied to the convict leasing program that killed thousands in Texas.

The Marshall Project also cites the Eastham Unit, as it is named after the landowners who bought Goree’s family plantation about 20 miles north of Huntsville and then used it for convict leasing. Depending on the source, there are between five and six state prison systems that still do not pay one cent for the work prisoners do. So changing prison names is a tiny drop in the bucket for change.

Texas prisoner Shedrick Roberson, fighting for clemency from his unjustly long prison sentence of 85 years for a robbery where no one was killed, told Workers World, “Changing names will not change conditions in Texas prisons. If you put a wig on a pig and apply lipstick, it is still a pig.”

Cosmetic changes that erase racist history don’t eliminate racism. Under capitalism, we must fight for fundamental changes like prison abolition while realizing that incarceration is not a solution. We must create a world free from racism and oppression — one that includes well-paying jobs, free health care and respect — so that all working people can live with dignity and freedom.