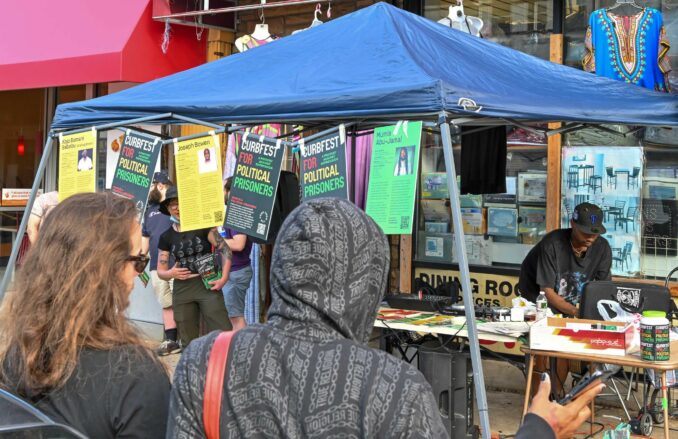 The event coincided with the designation of 2021 as the “Year to Free Political Prisoners.” Eight separate named stations set up in and around Tubman Park (formerly Vernon Park) included Black August, Jonathan Jackson, Delbert Africa, Sekou Kambui, Carl Hampton, Safiya Bukhari, Marilyn Buck and Nehanda Abiodun — all in reference to political prisoners who have given their lives for the struggle.

Young people were encouraged to visit the separate event sites to broaden their awareness of U.S. political prisoners — defined by Curb Fest as “people jailed on charges related to their resistance to oppression and repression and targeted by the state for their political beliefs and/or actions. The contributions their resistance makes to revolution is the basis of their capture, regardless of the charges brought under the invalid, racist laws of the government.”

Many U.S. political prisoners, having served decades imprisoned, and in some cases in solitary confinement, are experiencing serious health crises, leading activists to push for their compassionate release.

Today’s event was seen as part of a lead-up to the Oct. 22-25 International Tribunal in New York City for the Spirit of Mandela campaign to bring international attention to U.S. violations of the human rights of U.S.-held political prisoners.