The writer (she/her) is a transgender lesbian in Philadelphia, Pa.

The Texas abortion ban — which went into effect Sept. 1 with U.S. Supreme Court approval — was a declaration of war against everyone oppressed on the basis of their gender.

But if we’re going to fight this war and win it, we need to be clear on who our allies are — and who they aren’t. 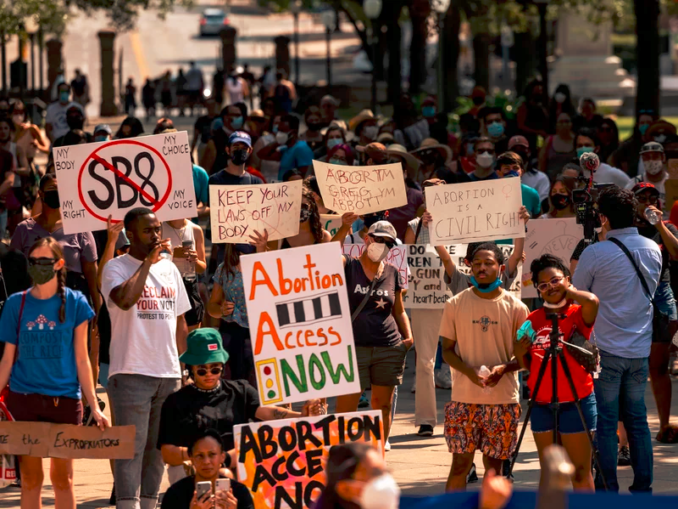 Dr. Alan Braid, an obstetrician in San Antonio, Texas, has distinguished himself as the first health care worker to announce he has already violated the state’s anti-abortion law. According to Braid, he “saw three teenagers die from illegal abortions,” prior to the 1973 Roe vs. Wade Supreme Court ruling that legalized access to abortion under certain conditions.

Now, nearly 50 years since Braid began his practice, he said, “I acted because I had a duty of care to this patient, as I do for all patients, and because she has a fundamental right to receive this care.” (tinyurl.com/4tk7sxs2)

Braid must know that by making this announcement, he is risking not only his career but his life. There has been organized, deadly anti-abortion violence for decades since Roe, including bombings and mass shootings in health care clinics and multiple assassinations of abortion providers. Braid has been brave; hopefully, his action indicates more health care workers will throw down in support of abortion rights, too.

Why was the Texas legislature allowed to make this attack now? Why does abortion access in this country hinge on a half-century-old court ruling? The specter of  “overturning” Roe vs. Wade has been held over the heads of voters for as long as I have been alive. Why hasn’t the right to safe, legal abortion been codified by legislation?

To grasp why abortion rights have been kept in this precarious legal territory, two concepts are key: class and the state.

The world we live in is divided into two classes. Your class is a matter of concrete material reality, not moral judgment. If you’re reading this, it’s more than likely that you are in the working class. You don’t own a factory or a bank; you don’t have a million-dollar investment portfolio or intellectual-property patents. You may be a warehouse worker, an office worker, a delivery or transportation worker or a sex worker. You might be unemployed or incarcerated. But if you have to  have a job in order to survive, you’re a worker.

The bosses and the bankers and the billionaires, on the other hand, have an entirely different relationship to society. The capitalists survive by never paying us workers the full value of what we’re owed. With this stolen wealth and the power structure of the state, they decide where resources get allocated and what work gets done.

But they don’t do it in a way that would create a healthy, beautiful and fair society. The capitalists only care what will bring them the biggest return on their “investments.” It’s plain to see by looking at the world around you, what are the most profitable industries for capitalism: war, fossil fuel extraction, moneylending and speculation.

The capitalist state is a structure based on centuries-old notions of free markets and great men striding onto battlefields to make history, of violent white European chauvinism and unwavering misogyny. The United States originated in the assumption that women and all Black people are chattels, to be owned and controlled and exploited like livestock, and that Indigenous people had no rights to their lands, societies and even their lives.

This founding racist assumption is inextricably linked to the struggle for guaranteed abortion rights. The capitalist state, founded on patriarchy and white supremacy, determines whether a person has the right and the means to prevent themselves from getting pregnant, to stop a pregnancy for any reason and to decide whether, when and how many times they get pregnant.

This struggle is a question of bodily autonomy. Does a person have the right and the means to decide what their body does and what is done to their body? The answer to that question is determined by your social class.

Capitalist ongoing obsession with controlling workers’ bodies does not manifest the same way for all workers. At the same time the state foments “pro-life” anti-abortion fervor within white middle-class communities, it takes a very different line in the colonies and underdeveloped communities it oppresses.

In 1976, the U.S. government admitted it had ordered mass sterilizations of childbearing people in Puerto Rico as far back as 1930. Nearly 40% of all Puerto Rican women during this period were given “la operación,” as it was commonly referred to.

During the 20th century, white doctors across the U.S. South performed thousands of hysterectomies and sterilization procedures on Black women without their consent. The practice was so widespread that legendary Civil Rights organizer Fannie Lou Hamer, herself a victim of forced sterilization, coined the term “Mississippi appendectomy” to refer to the brutal practice.

The ugly racist “science” of eugenics and “population control” is still fundamental to the capitalist worldview. In 2019, Sen. Elizabeth Warren lamented the “realities [that] are bearing down on Israel, demographic realities,” referring to the higher birthrate of Palestinian communities, and implying the existence of Palestinian children is a threat to the Israeli state.

Ruling-class rhetoric is more polished than the chants of the white supremacists who marched through Charlottesville, Va., in 2017. But both are motivated by paranoid fear of “white genocide” and “replacement” by people of color.

The vile racism of the anti-abortion movement means that the struggle to protect workers’ bodily autonomy must be anti-racist in nature. An abortion rights movement made up of only white women is simply not viable. It excludes too many people who share a common enemy.

The racist anti-abortion movement is also violently transphobic. This, too, poses a challenge to an abortion-rights movement that tolerates so-called “gender-critical” Trans Exclusionary Radical Feminists (TERFs).

I know that when I join the thousands and hopefully millions on Oct. 2 to protest the Texas ban, some of my sibling protesters will wish I had stayed home, because they think trans women don’t have a place in this movement.

There have been encouraging signs of wider understanding that people in a range of genders need access to abortion and that those traditionally seen as “women” are not the only ones threatened by abortion being outlawed.

The threat of forced pregnancy is a violent and distinguishing feature of gender oppression that targets everyone with a uterus, whether cis women, trans men, nonbinary or agender people.

But transphobia is festering among some white middle-class elements of the feminist movement. The Guardian deleted portions of its Sept. 7 interview with eminent feminist theorist Judith Butler after a right-wing backlash from TERFs. Within the censored paragraphs, Butler had commented:

“The so-called gender critical writers [TERFs] have also rejected the important work in feminist philosophy of science showing how culture and nature interact . . .  in favor of a regressive and spurious form of biological essentialism. The anti-gender ideology is one of the dominant strains of fascism in our times. So the TERFs will not be part of the contemporary struggle against fascism, one that requires a coalition guided by struggles against racism.”

The movement for abortion access needs the collective effort of millions to oppose the current right-wing assault. The abortion-rights movement will fail to gather all necessary forces if its members do not understand that the bogus assertion of “biological gender” comes from the same playbook of eugenics and racist science.

‘If you go down and I’ve let that happen, they’re going to come for me too’

What’s the antidote to this poison pill? Solidarity, of the kind described by trans activist and leading Workers World Party member Leslie Feinberg, who said in 2008:

“Wherever people are struggling against a common oppressor, that’s where we gotta be. And I don’t mean like some quid pro quo like, ‘Well, I’ll support you, but first I have to ask you a few questions on where you stand on this and where you stand on that.’ That’s not solidarity. That’s a business agreement.

“I mean the kind of solidarity that says, ‘When it’s your life that’s on the line, when you’re struggling, look to the left or look to the right and I’ll be there. I’ll be there, and I will fight for your rights. Because your life is as precious to me as my own.

“And I know that if you go down and I’ve let that happen, they’re going to come for me too. And shame on me for not having understood that.”

Texas lawmakers revealed what revolutionaries already knew: that the U.S. ruling class still adheres to its founding principles of white supremacy and patriarchy.

If we are going to win this battle, we need a broad and united front. Our marches, our clinic defense, our rallies can’t look like those “pink pussy hat” protests back in 2017.

Our campaign has to look a lot more like the 1969 Stonewall Rebellion in the streets — when cisgender men and women, gay and lesbian young people, sex workers, drag kings and queens, butches, sissies, trans and gender-nonconforming resisters of many nationalities rose up to defend their bodies and their rights.