Sept. 12 — At the beginning of July, Alabama’s vaccination rate was the lowest among U.S. states, with only 34% of its people fully vaxxed. Now the state has been hit by the more contagious delta variant.  Hospitalizations have risen five-fold in the last two months.

On Sept. 6, the evening of Labor Day, over two dozen emergency room nurses and hospital workers refused to clock into their night shift at UAB Hospital in Birmingham to protest crisis working conditions and unfair pay during the pandemic. The hospital is the state’s largest single-site employer.

When a local WTVM13 reporter conducted a live interview with the three spokeswomen for the multigendered, multinational group, one made this statement:

“We all came into nursing because we have a compassionate heart, and we want to care for people. But going through two COVID surges and being understaffed, it’s taken a toll on all of us. . . . Obviously we want to continue to do what we love. But it’s time we get the equal pay that we deserve.

“We’re not just fighting for our night-shift team, we are fighting for the ER department as a whole, day-shift and night-shift. And that goes for the whole hospital. We want to thank our day-shift team, because they are in there supporting us by staying overtime, caring for the patients coming into the ER now. Nobody is being denied care, and no care is being delayed.” 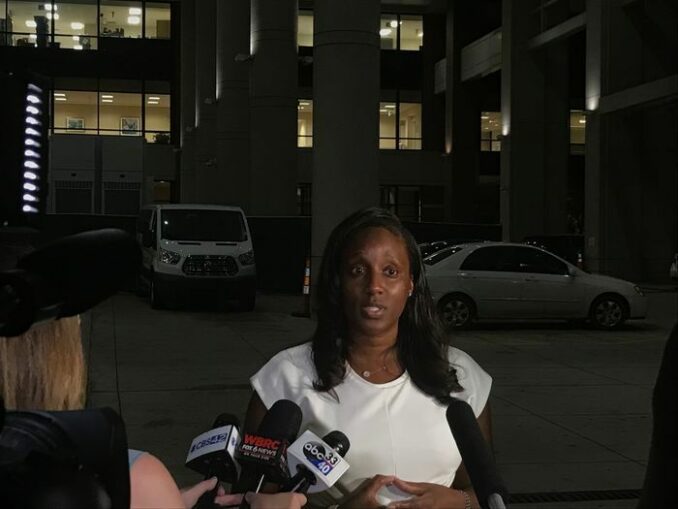 Lindsey Harris, president of the Alabama State Nurses Association, spoke after the workers later entered the hospital to clock in. Harris said Alabama nurses are paid 8% less on average than their counterparts in neighboring states.

In a protest of COVID conditions in the public schools, students at Bessemer City High School walked out Sept. 2. The city of Bessemer adjoins Birmingham and is the site of the historic 2020 union drive by majority-Black workers at the local Amazon warehouse to affiliate with the Retail, Wholesale and Department Store Union.

A ruling on whether workers will revote on union membership is still awaited from the National Labor Relations Board regional office in Atlanta. Meanwhile, 26 workers who make brake pads for Brazilian auto parts company Fras-le, in Prattville, Ala., are organizing with the RWDSU Mid-South Council. (Jonah Furman, “The week in U.S. unions, September 2-9”)

According to the U.S. Bureau of Labor Statistics, Alabama has a union membership rate of 8% — the highest of any Southern state except Maryland. The 2020 U.S. union membership average is 10.8% of employed wage and salary workers. 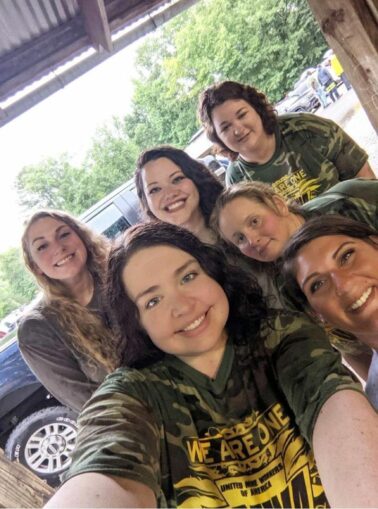 Members of the Brookwood, Ala., UMWA Auxiliary run a Strike Pantry that distributes food weekly to families of the more than 1,000 coal miners on strike. Photo: Haeden Wright

Here in Central Alabama, mine worker union organizing in defiance of state segregation dates back 100 years. Brookwood coal miners at Warrior Met are entering their sixth month on strike against that international coal company. The miners are hanging tough on the picket lines, 24 hours a day, seven days a week, and hold a weekly solidarity rally at nearby Tannehill State Park.

The miners of  Local 2245, United Mine Workers (UMWA) have travelled twice to New York to demonstrate on Wall Street against BlackRock, the mega-hedge fund that’s the main backer of Warrior Met. The union workers say the financial giant is blocking progress toward a fair contract.

In 2016, when the miners accepted a drastic $6-an-hour wage cut and sacrificed health benefits to bring the company out of bankruptcy, management promised the cuts would be restored once the business was solvent. A 2020 year-end statement showed the business is back in good shape. But the company is refusing worker demands for pay increases, an end to unfair disciplinary and firing policies, and improvements in working conditions.

Warrior Met mines are a life-threatening workplace — sunk 1,400 to 2,100 feet underground, these are some of the deepest vertical-shaft coal mines in North America. In 2001 methane gas explosions killed 13 workers there. 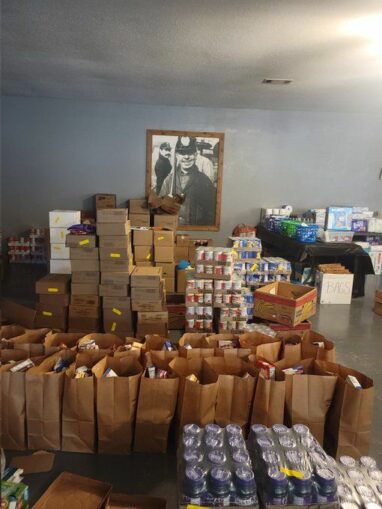 A week’s food is ready for distribution at the Brookwood, Ala., UMWA Strike Pantry. Photo: Haeden Wright

While local cops have pulled over UMWA strikers to allow strikebreaker buses into the mines, community support for the miners is strong on the ground. This includes the union Strike Pantry, headed up by UMWA Auxiliary Locals 2368 and 2245.

Union President Haeden Wright said in a tweet: “The pantry was formed at the start of the strike to help provide mutual aid to the 1,000 families on strike. Most of us have young children. We believe we are teaching them through our actions the importance of #unions, #solidarity, and fighting for a better future.”