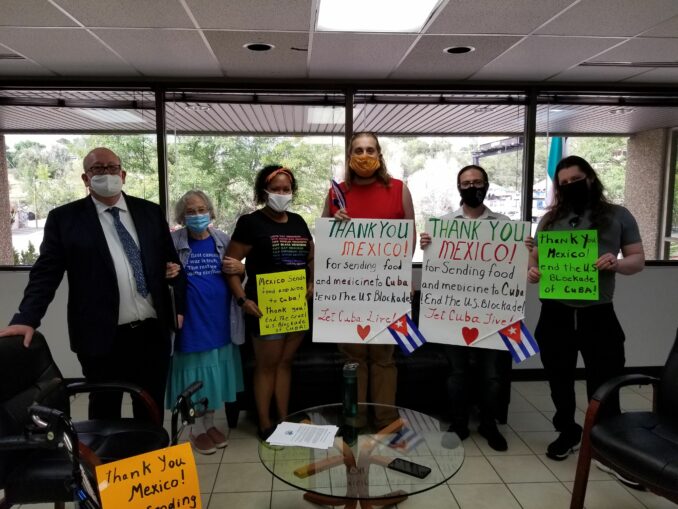 An international statement of solidarity with revolutionary Cuba was delivered Aug. 26 at the Mexican Consulate in Denver, as Deputy Consul Jose Frederico Bass Villarreal warmly received a delegation from the Denver Peace Council.

Council members presented the deputy consul with a letter of gratitude to the Mexican people and their president, Manuel Lopez Obrador, for breaking the cruel 60-year U.S. blockade on Cuba. Mexico sent two shiploads of food and medicine to the Cuban people on July 25.

The deputy consul reminded the delegation of the 500-year history of the Spanish conquest of Cuba and of Mexico and the fraternal relations both countries have continued to this day.

The letter, which will be sent through diplomatic channels to President Obrador, stated that the action of Mexico was a “noble and humane act.” It recognized how Mexico supported enslaved African peoples who sought refuge in that country during U.S. slavery and the Civil War. Mexico also assisted in the fight against fascism and welcomed refugees from the Spanish Civil War.

The letter ended by saying, “Mexico can be proud of its solidarity with the rest of the world.”