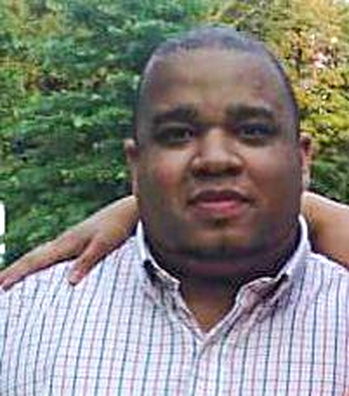 As I sit here reading “Caste” by Isabel Wilkerson, I am reminded how dark our history in the U.S. was and still is. When I say “our,” I mean Black and Brown people.

Race is a creation of a social construct. Race or racism is not based in science or fact and certainly not truth. It is a tool used to create a caste system that gives distinction or status to people based solely on skin color — or better put, on the presence of a chemical component or the absence thereof.

In India, in the origins of caste, there were the “untouchables,” or Dalits, deemed the lowest caste — an inescapable prison determined at birth. Fast forward to Nazi Germany, where racist Aryans considered themselves superior to all.

The Nazis had been watching the U.S. and how that country had perfected a caste system regarding African Americans, and kept them to the lowest caste, using the very foundations, the mudsill that built this country — law! They made it illegal for an African American to ever be considered equal or ever have the same equity in this country.

The U.S. is still using the legal system as a tool of oppression on African Americans. They have systematically created an injustice system that keeps African Americans in cages. Our enslaved ancestors were brought to this country under the guise of a lawful legal practice. Slavery began in 1619 on the shores of Jamestown, Va. This was the start of the caste system that is still in place. This is the life of the lower caste — African Americans.

As an example of how race and caste work in the U.S., a Chinese man, whose skin color was whiter than the whitest man he knew, sought to have the privileges of the dominant caste (whites) but was denied. He fought his case all the way to the highest court in the land, and [in Lum v. Rice, 1927] was told that it did not matter that his skin was white, as he was not Caucasian = Aryan. Therefore he was not afforded the privileges of the dominant caste, when in actuality less than one percent of the country’s population is actually from the Caucasus Mountains near Russia.

The dominant “caste”  has perverted the law and subverted the laws created in this country to bend it to fit their will and agenda. What we are seeing now with the passing of new state voter laws is the protection of the caste system. They feel threatened by the empowerment of African American voters to change and swing the elections in the favor of a suitable candidate of their choice!

Sounds like democracy, right? Democracy is an illusion that is veiled behind a curtain that has “caste” written in bold letters on it and under it — for whites only and only the whites of our choosing. They let those in the lowest caste know that they are allowed only as much democracy as the dominant caste allows them to have, and only the amount of freedom the dominant caste allows!

The magic show called the justice system is only designed for the dominant caste.  For instance, up to the year 2000, it was illegal in Alabama to marry someone outside of your perceived race. Or look at the disparity [in the legal] sentencing of the dominant caste and those assigned to the lowest caste.

During slavery, African Americans were denied the most basic of human impulses — to defend oneself and to want to be free. They don’t want us to arm ourselves; they don’t want us to have the right to choose. Caste has established a legal system that justifies the denial of adequate counsel, so that a person born into poverty cannot defend against accusations of the dominant caste.

Imagine running on a treadmill with someone in control as you run faster and faster. You believe you’ve reached your goal only to be told you’re only halfway there, and you must run faster! We have not progressed past the 1880s as African Americans. Menial movement is the illusion we have been told to accept as the semblance of progress, while the dominant caste creates more laws to set us back further.

A bigot, tyrant, oppressor and casteist has held the highest office in a so-called free democracy and pushed his racist and casteist agenda through policies and legislation. I’m talking about Donald Trump or Joe Biden or both.

We are made to pledge allegiance to our oppressor. But silence in the face of evil is evil itself.