The latest cruelty the Israeli state inflicted on the Jarrar family followed the tragic and untimely death of Suha Jarrar at 31 years old at her home in Ramallah July 11.

Despite international pleas for Khalida Jarrar, elected representative of the Popular Front for the Liberation of Palestine (PFLP), to be released from custody long enough to attend her own daughter’s funeral, Israeli officials callously denied this request. Suha Jarrar was buried July 14 without her mother present. 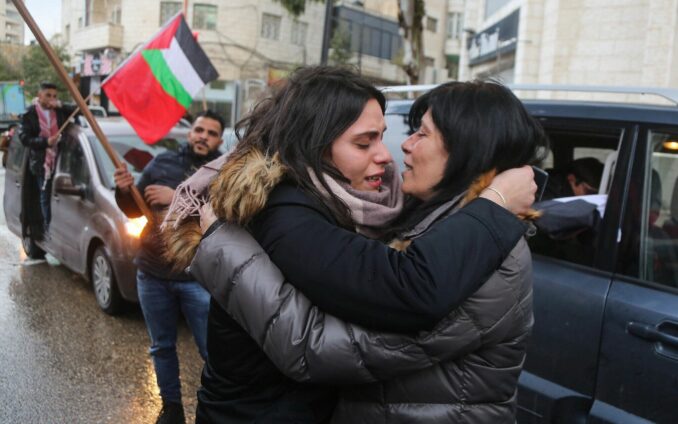 A fierce advocate for the liberation of Palestinians and all oppressed people, Suha Jarrar represented the human rights advocacy organization al-Haq at the United Nations Committee on the Elimination of Discrimination against Women. “She researched, advocated and fearlessly pushed to mainstream within Palestinian civil society the full range of rights issues related to gender and sexuality, even where perilous and proscribed,” said Omar Shakir of Human Rights Watch.

With a background in environmental science, Suha Jarrar became a climate change researcher and authored a 2019 report, “Adaptation Under Occupation,” about how the Israeli occupation has impeded Palestinians’ efforts to confront and adapt to climate change.

Khalida Jarrar released a statement from prison that was read at her daughter’s funeral. “The occupation robbed me of saying goodbye to my little bird Suha, forcing me to say farewell with a flower from our lands instead of a kiss.”

“When Suha came into the world, her father was incarcerated. And she is leaving it now with her mother behind bars. This is a condensed example of human life for Palestinians, who love freedom despite the cruelty of occupation and colonialism which rob us even of the oxygen we breathe. . . .

“Give Suha her flowers. Talk about her, her beautiful character and plant an olive tree by her grave, so that she can always be under its cool shade.”

Like thousands of Palestinians in the resistance movement, the Jarrar family is well-acquainted with the so-called “justice” under occupation. Khalida Jarrar is currently serving a two-year sentence after 70 Israeli commandos arrested her in a 3 a.m. raid on the family’s house last October — only six months after she was last released from “administrative detention.”

It was the third time since 2015 that she was arrested and held without charges. Her spouse Ghassan has also been held for extended periods of time in Israeli custody.

The Prisoners Solidarity Committee of Workers World Party condemns the state of Israel for its continued imprisonment of Khalida Jarrar and joins the chorus of calls around the world demanding her immediate release.