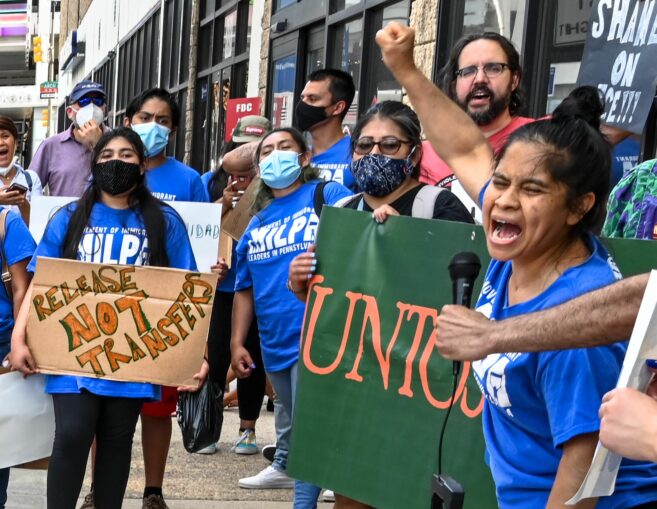 After years of protests, York Prison, near Philadelphia, will no longer be housing ICE detainees after Aug. 12. But instead of releasing those incarcerated, prison authorities are sending them to other states, far away from their families and their legal service providers. Members and supporters of Movement of Immigrant Leaders in Pennsylvania (MILPA), JUNTOS, New Sanctuary Movement, American Asian United and Viet Lead protested July 9 at Immigration and Customs Enforcement (ICE) offices in Philadelphia. Protesters demanded the detained people be released — not transferred — so they can continue with their cases outside of detention, alongside their loved ones.