The World Health Organization declared China free of malaria June 30, after China’s decades of work toward eradicating the disease. WHO noted: “Underpinning China’s malaria elimination success was an unwavering political commitment, at all levels of government, to ending the disease over a 70-year period.” (tinyurl.com/umfb82k) For the past four years, no cases of malaria have appeared in China.

Malaria, caused by parasites spread among humans by mosquito bites, is often considered a tropical disease. However, malaria is solidly implanted in temperate climates. About half of the world’s population is at risk of infection.

In 2019, there were approximately 229 million cases of malaria and 409,000 deaths from malaria worldwide. People do not develop immunity to malaria — they can get it repeatedly, as it is caused by a parasite. Sub-Saharan Africa is the world’s hardest hit region. (tinyurl.com/ffvtdv2x)

As late as the 1950s, 30 million cases of malaria occurred in China. While just 1% of these cases led to death, mainly among children, adults suffered from debilitating fevers, fatigue, chills and flu-like illness and anemia. When malaria parasites clogged arteries, liver, kidney and brain damage followed.

China adopted creative steps beyond applying the standard measures of draining swamps and spraying for the mosquito vectors that transmit the disease. In the 1960s, at the instigation of Mao Zedong in the midst of the Cultural Revolution, the People’s Liberation Army set up a secret unit, Project 523, to examine remedies for malaria. This disease was also a major problem for the Vietnamese in their war for national liberation against the United States.

Tu Youyou, who led Project 523, was a medical student in the 1950s when the Chinese medical system was working to harmonize traditional Chinese medicine with western norms. She received the Nobel Prize in medicine in 2015 for her work developing the very effective antimalarial drug artemisinin in the 1960s, which the Chinese used domestically and supplied to the Vietnamese. (tinyurl.com/4r2stj4v) 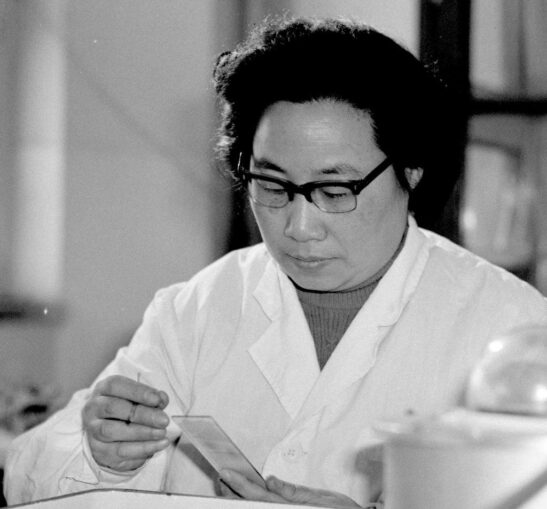 In the 1980s, China began to widely use insecticide-treated nets, which substantially reduced the spread of malaria, especially in the provinces of Sichuan, Guangdong, Henan and Jiangsu.

Also in the 1980s, China developed its highly effective and national surveillance policy known as “1-3-7.” It allows only one day for a confirmed case of malaria to be reported, three days for contacts to be traced and evaluated and seven days to stop malaria in its tracks and prevent onward transmission of the disease.

According to the Center for Disease Control and Prevention website, malaria is a “reportable disease” in the United States. A medical provider must report any confirmed cases to their local public health service. The 2,000 cases of malaria a year in the U.S. are a real threat, since there are a lot of “competent” vectors flying around; that is, there are multiple mosquito species in the U.S. which can spread malaria.

Of the 2,000 yearly cases, 300 are considered “severe,” which means they must be treated with the drug artesunate, which just received FDA approval this year.

Until 2017 the pharmaceutical firm Eli Lilly produced quinidine, which cost about $200 and was the standard treatment for severe malaria. Even after Lilly stopped producing quinidine, there were still supplies available. If supplies weren’t available, the CDC had a very complicated procedure to get patients artesunate, which also worked.

After the FDA approved the artesunate made by a different pharmaceutical company, Amivas LLC, travel medicine specialists considered this adequate, because most of the rest of the world relied on artesunate. Then the sticker shock hit; Amivas was charging $30,000 for the treatment, even though outside the U.S. the cost for artesunate treatment can be as little as $5. (tinyurl.com/5c6zucwh)

While China’s pro-people system and government aim at a consistent drive to eradicate malaria, U.S. government policies above all aim at guaranteeing high profits for the drug monopolies which make effective malaria treatments.