Leading up to the annual vote in the U.N. General Assembly June 23 on Cuba’s resolution to end the illegal 60-year U.S. blockade against the island, solidarity activists across the U.S. and Canada held a week of actions to pressure President Joe Biden and Congress. In New York City, a car caravan rolled through Harlem June 20, along with caravans in 18 other U.S. cities. On the day of the vote, activists gathered in solidarity across from the Cuban Mission including those from Cuba Sí, IFCO Pastors for Peace, Workers World Party, Venceremos Brigade, December 12th Movement and Socialist Workers Party.  For 28 consecutive sessions, the General Assembly has voted overwhelmingly in favor of ending the blockade. This year the U.N. voted 184 to 2, with 3 abstentions. The U.S. and Israel voted no, Brazil, Colombia and Ukraine abstained. 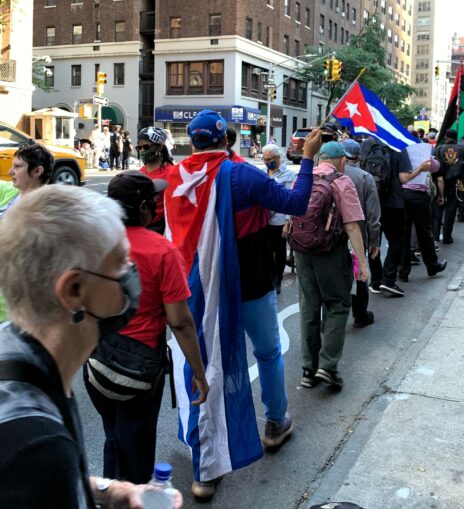