Finally, the U.S. has a federal holiday recognizing the emancipation of Black people from slavery. Congress passed the Juneteenth National Independence Day Act on June 15 — barely four days ahead of a day that Black people have been celebrating every year since 1865.

Lawmakers were pushed to vote by a massive outpouring of anti-racist outrage at the police murder of George Floyd last May. Millions of people, led by Black Lives Matter, protested that Black people should — at the very least — be free of the threat and reality of cop killing.

This holiday certainly doesn’t guarantee that — it doesn’t even mandate a paid day off. And the same Congress just refused to pass a voting rights act that would especially protect voters of color!

What continues to happen are bold and repeated acts of Black self-liberation. These are part of a glorious history of Black resistance in the U.S. — carried out for hundreds of years with no blessing from bosses or owners on high.

As soon as African peoples, kidnapped and forced into slavery, set foot on what later was called “U.S. soil,” they began to fight to free themselves. They ran away from owners, established maroon communities with Indigenous peoples forced from their lands and mounted armed uprisings against plantation masters. (Herbert Aptheker, “American Negro Slave Revolts,” 1936)

In “Black Reconstruction in America: 1860-1880,” the great Marxist sociologist W.E.B. DuBois argued that the thousands of Black workers who walked away from enslavement during the Civil War did so not “from merely the desire to stop work. It was a strike on a wide basis against the conditions of work.” He argued this “general strike” not only ended slavery but was also based on a vision of a different economic and social order — a new reality emancipated from all forms of enslavement.

The Juneteenth holiday is a faint reflection of this vision. Though federal troops brought final word of freedom to Galveston, Texas, June 19, 1865 — two years after proclamation by President Abraham Lincoln — many landowners openly defied compliance, with reports of people held in bondage as long as six years after emancipation. (tinyurl.com/5f88cpwm)

That slavery continues in the U.S. to this day, explicitly authorized by a clause in the 13th Amendment to the Constitution: “Neither slavery nor involuntary servitude, except as a punishment for crime whereof the party shall have been duly convicted, shall exist within the United States, or any place subject to their jurisdiction.” 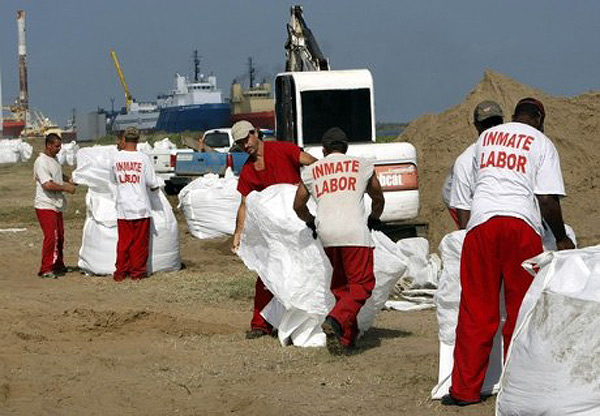 This loophole has allowed not only 19th century forced labor, but also the current massive exploitation of workers incarcerated in the U.S. prison-industrial complex.

A true act of emancipation would be to strip the vile language of slavery from the Constitution and abolish the forced labor of imprisoned people beaten, denied calls and visits with family, put into solitary confinement or given marks on their record — all for not taking a prison “job” or not being able to do work they are assigned.

Real emancipation would include the abolition of police, along with all jails, prisons and detention centers built and filled with people under capitalism.

Emancipation from the legacy of enslavement would mean unimpeded voting rights for all, especially those historically disenfranchised. But there would have to be more. There have been centuries of theft of body, land and life from African American people.

A program of reparations is necessary to rectify the accumulation over generations of the value of unpaid and low-paid labor of people of African descent. Reparations for this exploitation — which amounts to untold trillions of dollars and unquantifiable collective injustice — would be a step beyond survival toward true emancipation and liberation.

Our work is to create a world where we celebrate Juneteenth not only because people have been freed from the killing brutality of bodily enslavement. Let’s build a world that frees all workers from the exploitation of their labor.