Members of several trans and Latinx organizations assembled at the Atlanta ICE headquarters June 15 to declare “No Pride in Detention.” Initiated by Community Estrella and its founder, Li An (Estrella) Sanchez, the main demand was to end the detention of trans people. As the group marched around the heavily fenced building, some were dressed as detainees, medical staff and prison guards, to illustrate the oppressive, inhuman and medically inadequate conditions suffered by immigrants in ICE detention. 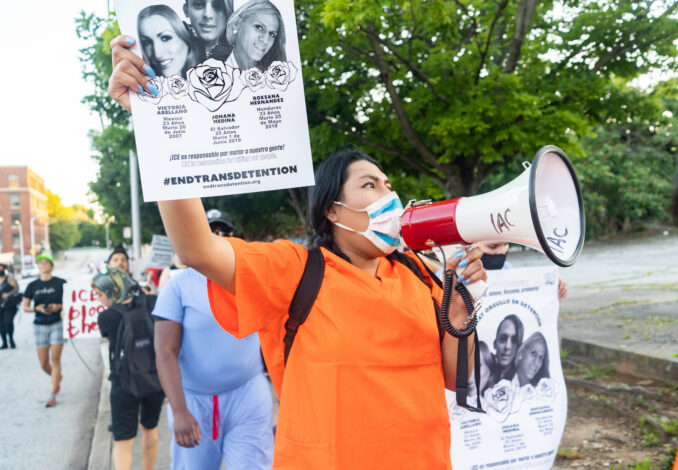 They then held a rally, at which Estrella spoke about the harrowing 13 months she had spent at Stewart and Irwin detention centers in Georgia before winning her asylum case. The names of three trans women who died in detention were called out: Roxsana Hernandez, Johana Medina and Victoria Arellano.