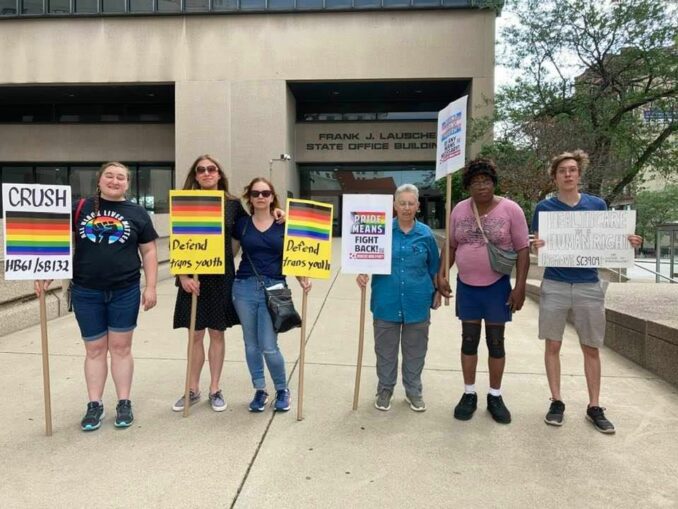 Ohio is one of over 30 states where bigoted legislators have introduced bills that attack trans youth. Ohio House Bill 61 and Senate Bill 132 would bar trans-youth athletes from playing on the teams of their gender identity and would deny access to health care for trans youth who are transitioning, even if their parents support them.

Cleveland activists picketed the state office building downtown June 18, chanting: “Keep your hate out of our state.” The demonstration, part of a week of action called by the LGBTQ+ Caucus of Workers World Party around the theme “Defend Trans Youth,” was endorsed by Black Lives Matter Cleveland, the LGBT Center of Greater Cleveland, Trans Ohio, Margie’s Hope/Margie’s Closet and Don Bryant of Ohio Peace Action.

The demonstrators discussed the need to take the protest effort to Columbus, the state capital.