Across the U.S., the Palestine solidarity movement has stayed in the streets — rallying, marching and chanting “Free, free Palestine.” Recurring themes include the demand to cut all U.S. aid to Israel and assertions that a cease-fire is not enough, the occupation must end, and that “it is not a ‘conflict,’ it is genocide.”

The suffering of the Palestinian people has gone on for generations — being bombed, arrested, evicted from their homes and villages and without ability to move or worship freely. They are in a constant state of siege, as Israel bombs civilians with bare seconds of warning. Israel controls the flow of food, electricity and water.

The genocide and injustice has become apparent to young people around the world, who connect racism and murder by police of African Americans with the Palestinian plight. Without the $3.8 billion from the U.S., this war could not continue.

The recent cease-fire agreement between Hamas and the Israeli Defense Forces is a welcome respite for the Palestinian people — after many days and sleepless nights being tortured by Israeli military technology. But it is by no means an end to the Palestinian struggle for justice.

In the U.S., solidarity demonstrations continued over the weekend following the cease-fire that halted the vicious Israeli bombing of Gaza. 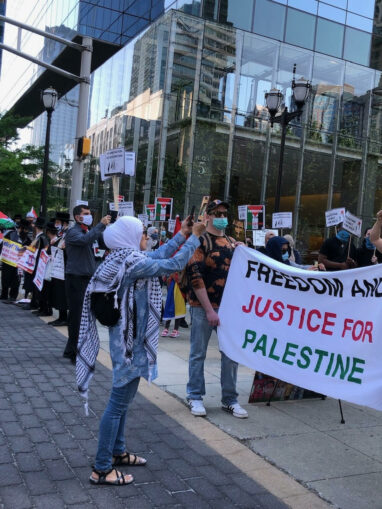 On May 21 in Jersey City, hundreds protested in front of the office of Senator Bob Menendez.

Over 2,000 people, including families with children, marched through Philadelphia’s Center City May 22. After a rally at Rittenhouse Square, participants marched in the street to City Hall, where another rally took place. When one speaker praised Hamas as the only organization that has organized successful military resistance, much of the crowd applauded. Other speakers highlighted the growth of the movement to free Palestine and the necessity to continue organizing in every way possible, including BDS (Boycott, Divest, Sanctions).

Buffalo for Palestine and Al Awda organized a large demonstration in downtown Buffalo, May 22. Hundreds gathered in downtown Cleveland May 21 to hear fiery speeches by Palestinian, Jewish and African American community leaders.

On May 22, members of Workers World Party-Central Gulf Coast chapter and Black Voters Matter held a vigil for Palestine in downtown Pensacola, Fla. They related the Palestinian struggle to the struggle that Black people still face in the U.S. today. The event was interrupted by hostile conservatives, seeking to silence the voice of Black organizers with slurs and hate speech. After fending off the aggressors, attendees marched to a rally held by the University of West Florida Muslim Students Association at MLK Plaza. 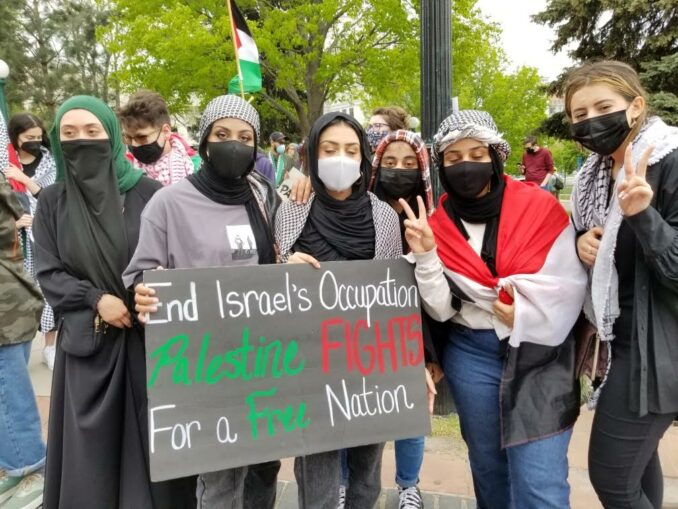 The Denver Palestine Club has held three Saturday protests, supported by Jewish Voice for Peace, Denver Peace Council and Party for Socialism and Liberation. Between 600-1,000 people have come out each Saturday, the latest May 22. A very warm welcome has been given to Jews who came and spoke in support of Palestinian human rights.

Nearly 1,000 pro-Palestinian demonstrators rallied at the Portland state building May 22 and marched through downtown to supportive cheers and honks from passersby. The crowd chanted, “Not another nickel, not another dime! U.S. money out of Palestine.” 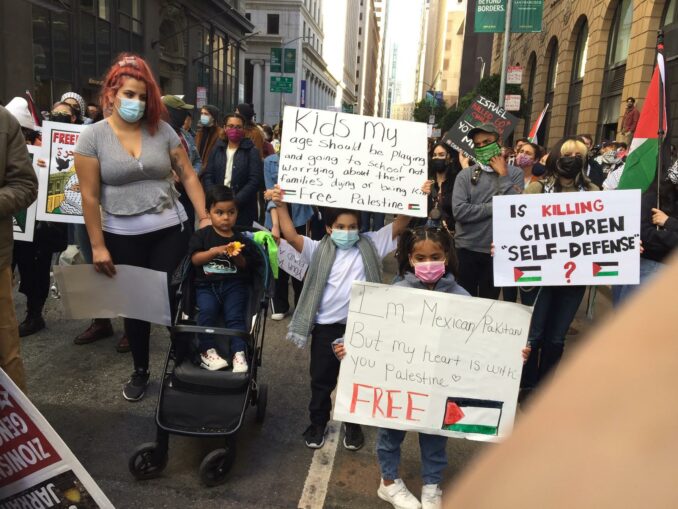 Hundreds of people gathered in downtown San Francisco for two demonstrations expressing support for the latest Intifada. On May 18, over 500 people gathered in the street in front of the Israeli Consulate. The action, held to support the general strike that day of Palestinian workers, shut down financial district traffic for two hours. On May 22, a broad coalition of organizations participated in a march and rally from the Mission neighborhood to Civic Center under the theme “Resistance Until Liberation.”

The Arab Resource and Organizing Center, along with other members of the Palestine Action Network, has called an emergency action May 29, when an Israeli ship may be docking in the Port of Oakland. Demonstrators were asked to be on high alert for any changes in the boat’s schedule. In 2014, a major demonstration led by Palestinian activists successfully turned away an Israeli Zim-operated ship from the Port of Oakland. 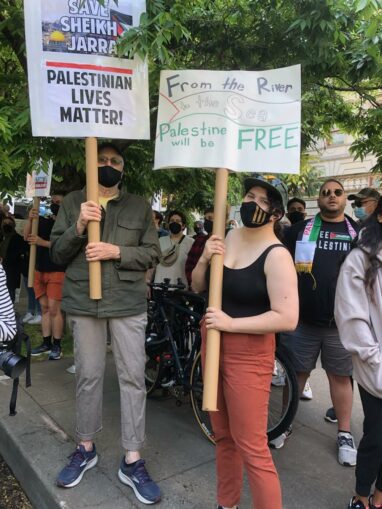 This is a small sample of the numerous pro-Palestine demonstrations that took place this past weekend, with which Workers World Party is in full solidarity. From coast to coast, people are determined to hold the U.S. government accountable — until no money is allocated to genocide and Palestine is free! 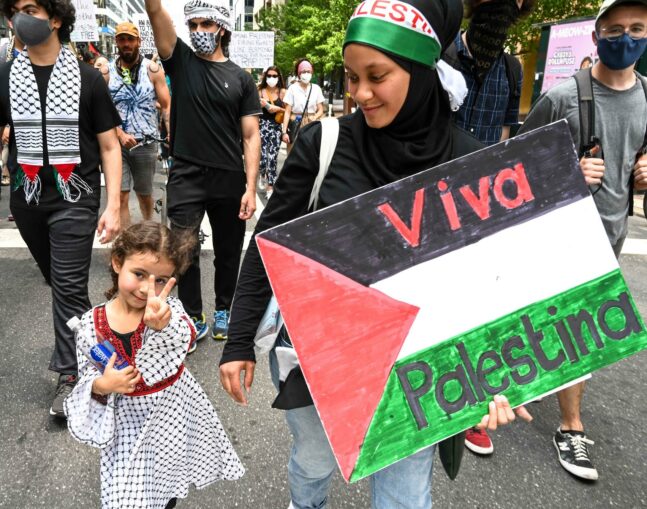