Texas has shown the world that this racist state should not be in the business of killing. Quintin Jones, an African American man, was denied clemency by the Texas Board of Pardons and Gov. Greg Abbott and was legally lynched at 6:40 p.m., May 19. 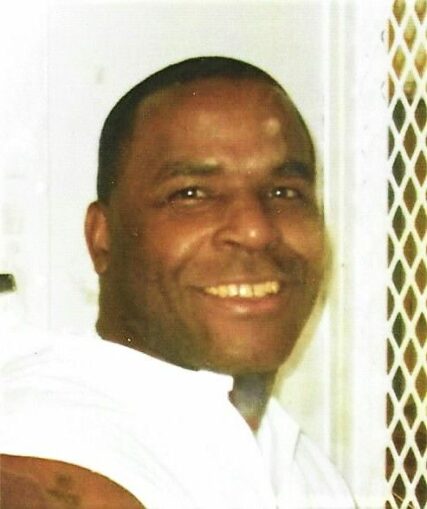 Jones’ clemency appeal was quite similar to that of a white man, Thomas Whitaker, who was granted clemency after planning to murder family members for insurance money.  His father survived the shootings, forgave him and successfully fought to stop his execution.

Just hours after Abbott gave an emotional speech about the sanctity of life and signed a bill outlawing abortion after six weeks, he placed no value on Jones’ life and allowed the execution to happen.

Michael Mowla, Jones’ attorney, filed an appeal in federal court accusing the Board of Pardons of inconsistent rulings. In 2018, the board had unanimously ruled in favor of clemency for Whitaker, but last week ruled unanimously to deny clemency for Jones.

“The lack of consistency in the application of grounds for clemency — where clemency was recommended and granted for Whitaker, who is white, and rejected for Mr. Jones, who is Black — presents a legally cognizable claim that Mr. Jones’ race played an impermissible role in the Board’s denial of his application for clemency,” the filing said.

Texas has carried out 571 executions since reinstating the death penalty in 1976. Since its first execution in 1982, Texas has held more executions in this so-called modern era than any other jurisdiction in the Western Hemisphere.

The media has been present and witnessed every one of these executions except Jones’. For some inexplicable reason, the prison administration and the execution team “forgot” to let the media know that they could proceed to the execution chamber.

Texas procedures allow five media reporters into the witness room for each execution. Two of the five seats are reserved for the Associated Press and the local Huntsville Item.

“In case you’re wondering why witnesses matter, know that on a regular basis TDCJ does not fully report what the condemned says. Most of the executions I witnessed, the prisoners have said, ‘it burned.’ TDCJ never reports that. One shook from Parkinson’s tremors as he died. TDCJ denied it,” said reporter Keri Blakinger with The Marshall Project.

Anti-death penalty activist Sister Helen Prejean tweeted: “Due to the lack of media witnesses, we have no idea what happened during the execution, no idea if anything went wrong and no idea if protocols were followed. If a mistake this basic can so easily occur, then what kinds of other serious mistakes are happening every time Texas chooses to kill?

“This is why we can never trust the government with the power to kill. All of this is especially disturbing in light of repeated botched executions around the United States. Media witnesses give an unbiased perspective on what happened.”

In a May 20 press release, Robert Dunham, director of the Death Penalty Information Center, wrote: “Letting media witnesses in to see an execution isn’t hard. If a state can’t get that right, there really isn’t anything else in the process — short of executing the wrong person — that it can’t get wrong.

“Over and over again, state and federal officials have offered sanitized descriptions of problematic executions that are plainly inconsistent with what media witnesses have observed and reported to the public. With a policy so saturated by secrecy and official misinformation, ‘Trust me, I’m the government’ is no longer an acceptable option.”

‘Plate of food for the soul’

As he lay on the execution gurney, Jones thanked all those who had supported him over the years, including his Aunt Maddie, his twin brother and his friend Angie Agapetus, who visited him several times a month for over 11 years. Jones said: “I was so glad to leave this world a better, more positive place. It’s not an easy life with all the negativities. Love all my friends and all the friendships that I have made. They are like the sky. It is all part of life, like a big full plate of food for the soul. I hope I left everyone a plate of food full of happy memories, happiness and no sadness.”

What activists must fight for is no executions, no death rows, no racist cops and no racist courts. The whole system must be overturned and replaced with a just system that truly values all life. Being pro-life means an end to killer cops, an end to prisons as we know them and an end to injustice to our class. We deserve no less.