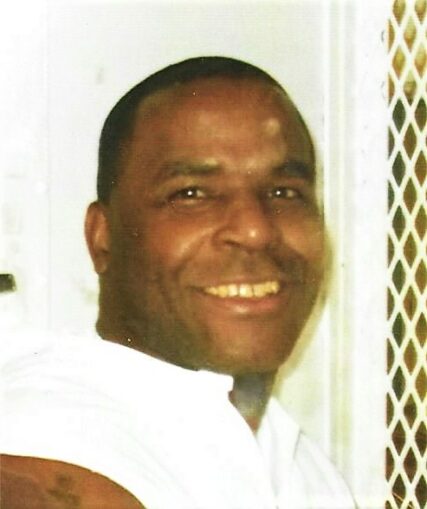 On May 19, the State of Texas plans to execute a man who was 20 years old in 1999 when he committed a terrible crime. He killed his great-aunt Berthena Bryant so he could steal $30 from her to buy drugs. There is more one should know about Quintin Jones, however.

Quintin Jones is a friend to many, including pen pals around the world and his dear friend in Houston, Angie Agapetus, who has visited him several times a month for 11 years. He is nephew to his great-aunt Mattie Long, the sister of the victim, and  twin brother to Benjamin Jones.

Even before his trial and since then, Jones has expressed deep remorse for the killing; for a long time, he believed that he deserved to die for what he had done. He hated who he was as a youth and tried to commit suicide several times.

Jones’ life was filled with violence, poverty, neglect, sexual abuse and drug addiction. His mother, struggling with addiction, continuously told him that she hated him. He left home at age 12 and stayed with relatives, including Long.

Long and Bryant were best friends. Long had breakfast and lunch every day with her sister and took her to run errands.

Today Jones’ great-aunt and his twin brother have long since forgiven him and both have pleaded for clemency.

A pen pal and friend, Suleika Jaouad, wrote in a May 10 opinion piece in the New York Times: “He entered at an unimaginable low, as lost as a soul can be. And through prayer, sobriety, reconciliation with his family and longstanding correspondence with pen pals, he has found a way to lead a meaningful life and even to enhance the lives of others. The victim’s family — who is also Quin’s family — has forgiven him. . . . He has transformed himself into a kind, decent, compassionate man.”

In a letter to the editor of the Houston Chronicle, Agapetus wrote, “  . . . in 2018 Texas Governor Greg Abbott issued his only commutation of a death row sentence, for Thomas Whittaker, who is white, to life without parole in a case with some similarities to Jones’ case. Jones is Black. Whittaker was wealthy and arranged the killing of his mother, brother and father for inheritance. His father survived and requested clemency.”

Whether Abbott will take into account the Black family of Jones, who is not upper-middle class and university educated, but who, like Whittaker’s family, has forgiven him, remains to be seen.

In a video sent to the Texas governor, Jones’ plea is simple: “It took me years to forgive myself. Another thing that helped me out was my great-aunt, Aunt Mattie. It was her sister. So by her loving me enough to forgive me, it gave me the strength to try to do better and to want to do better. All I’m asking you to do, if you find it in your heart, Mr. Abbott, is to give me a second chance at life.”

Long told CBS News reporter Omar Villafranca that she does not believe Jones should die. “I love him very much. I think the governor should spare him, because he has changed, and he’s a different person than he used to be,” she said. Long has regularly visited Jones on death row.

Science has proven that young peoples’ brains do not fully develop until they are around 25 years of age. Youth are impulsive, prone to peer pressure and can’t grasp the long-term consequences of their actions.

Agapetus, an activist with the Texas Death Penalty Abolition Movement, says she’s a nervous wreck waiting for the Texas Board of Pardons to decide if they will recommend clemency to the governor, and if they do, if the governor will follow their decision. “I believe he is a caring, matured and decent man. He is a different person than the person he was years ago. He is also ethical, intelligent and thoughtful.

“Texas has five executions scheduled for 2021, but no one should be executed, whether they are innocent or guilty. The death penalty is dying, and Texas and the whole U.S. should abolish it now!”