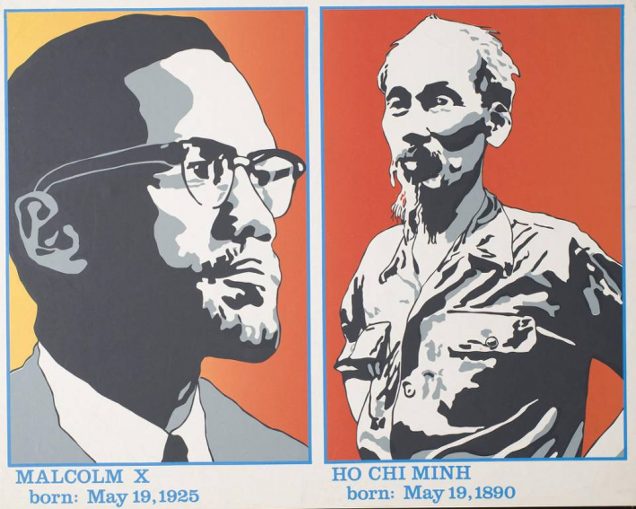 May 19 marks the 96th anniversary of the birthday of Malcolm X and the 131st for Ho Chi Minh. Although one was Black and one was Vietnamese and the two were from different generations and experiences, what they had in common – that continues to inspire many today — was sacrificing their lives for the liberation of oppressed peoples from racism, colonialism, neocolonialism and imperialism.

Malcolm X and Ho Chi Minh both spent part of their lives imprisoned, in the U.S. (1946-1952) and pre-revolutionary China (1942-1943), respectively. In honor of these two great revolutionaries, we share the following quotes from Malcolm X, reflecting on both his personal and political views on prisons, and Ho Chi Minh’s spoken word from “The Prison Diary of Ho Chi Minh.”

“It is only after slavery and prison that the sweetest appreciation of freedom can come.”

“If you’re born in America with a Black skin, you’re born in prison, and the masses of Black people in America today are beginning to regard our plight or predicament in this society as one of a prison inmate.”

“While I was in prison, I was indulging in all types of vice, right within the prison. And I never was ostracized as much by the penal authorities while I was participating in all of the evils of the prison, as they tried to ostracize me after I became a Muslim.”

“The prison systems in this country actually are exploitative, and they are not in any way rehabilitative.”

“They [prisons] are not designed to rehabilitate the inmate, though the public propaganda is that this is their function.”

“[People] earn extra money [in prison] selling contraband, dope and things of that sort to the inmates, and so that really it’s an exploiter.”