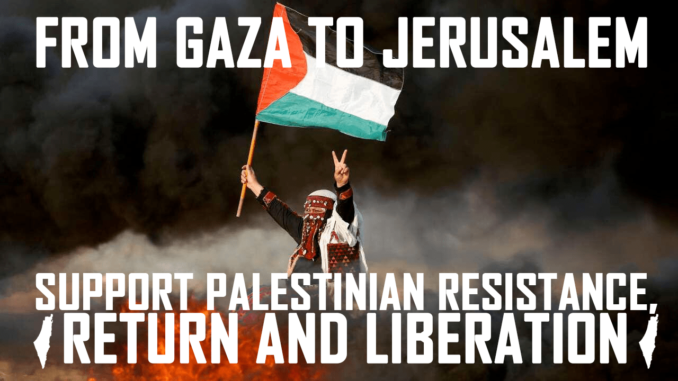 Palestinians in Jerusalem, in Gaza, throughout Palestine and in exile are fighting for their rights and their lives after 73 years of Nakba (the Catastrophe–meaning the founding of Israel).

Join Al-Awda, the Palestine Right to Return Coalition, and come out for Palestine now! Join these rallies and raise your voice for Palestine at this critical moment.

Los Angeles, May 11: Emergency Rally: All Out for Palestine!

New York/Brooklyn, May 15: Nakba 73 – Defend Palestine from the River to the Sea!

For more information on the Week of Palestinian Struggle, May 15-22, go to tinyurl.com/3xh79ctb. See an international list of events for Palestine at samidoun.net/events/list/ and tinyurl.com/smvwstkz.

Let’s take to the streets for Palestine!