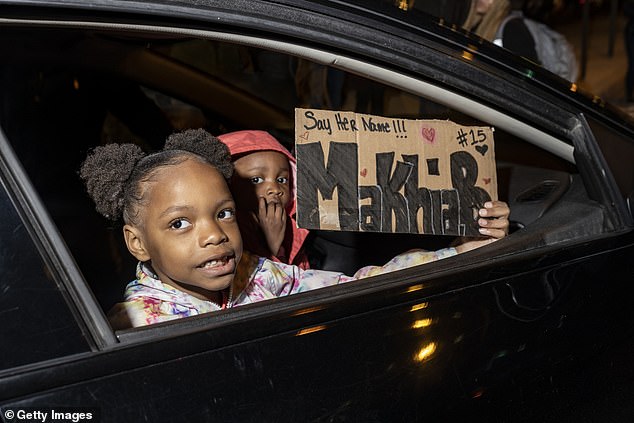 People in Columbus have been in the streets nearly every day since the police murder of 16-year-old Ma’Khia Bryant April 22. She was shot four times by Columbus Police Department Officer Nicholas Reardon, who is white, in the same hour when millions awaited the guilty verdict for Derek Chauvin in the lynching of George Floyd.

Protests and vigils erupted in the neighborhood where Ma’Khia was shot and outside City Hall, police headquarters and the State House.

This was the 64th fatal police shooting in the U.S. since Chauvin’s trial began March 29 and the fourth in Columbus since December 23, when CPD killed Black Lives Matter activist Andre Hill.

Police in Ohio’s capital are among the most racist and trigger-happy in the country, having killed 44 people, including several children, since 2013 — more than Cleveland, Cincinnati or even Los Angeles.

While African Americans are 29% of the population in Columbus, they are 55% of those victimized by CPD’s “use-of-force.” (Columbus Dispatch, April 22)

The capitalist media has put a “blame the victim” spin on Ma’Khia’s killing based on police body cam footage showing her apparently lunging at two other young women with a knife. The message is that Officer Reardon was “legally justified,” because other lives were allegedly in jeopardy. These foregone conclusions were made with zero consideration as to what might have provoked Ma’Khia or if she was acting in self-defense. 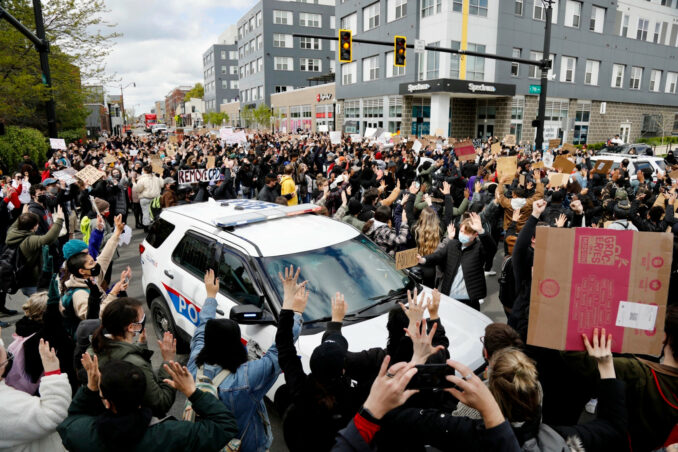 Many in the community are raising questions. Why did the cop fire four shots, not one, into Ma’Khia? Why didn’t he shoot to maim, not to kill? Why didn’t he use a Taser instead of a gun? Footage shows neighbors questioning police as to why they killed a child.

Black Liberation Movement Central Ohio, in a call for an April 23 “Justice for our baby” rally, asserted: “Ma’Khia Bryant was a CHILD, a minor, a baby girl. She fought for her life against adult women who came to her home to assault her. Even though Ohio is now a Stand Your Ground state, and she was legally within her rights to defend herself without duty to retreat, law enforcement showed up and murdered her within seconds instead of trying to de-escalate the situation or break up the fight.” (Black Liberation Movement Central Ohio)

Officer Reardon is on paid leave; as of yet, no discipline is being pursued, and no legal charges have been filed. 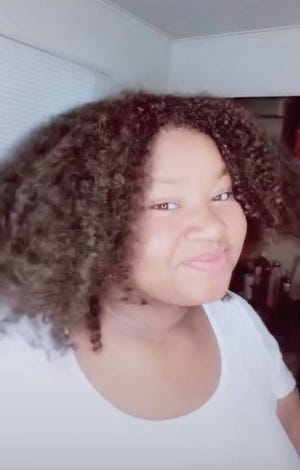 Some activists are calling for a federal investigation into the use of deadly force by CPD. “It’s clear that after a decade of disproportionately killing Black and Brown people, that [Columbus] is not going to fix it,” said activist Jasmine Ayres (NPR, April 22)

Others are looking beyond reforming the police and calling for abolition. As Ohio State University law school professor Sean Hill explains: “Both political parties have allotted funds to ‘professionalize’ the police since at least the 1940s, claiming that these allotments would solve racial bias. . . . Instead, voters and politicians, alike, should confront how often policing reforms have been pursued without success and should familiarize themselves with abolition as an urgent and needed solution.” (Columbus Dispatch, April 22)

Not only in Columbus but around the state and the country, the murder of Ma’Khia has sparked a renewed determination to fight police violence. Black Lives Matter Cleveland issued a statement right after the news of her death and the Floyd verdict, saying, “Ma’Khia should still be alive, just like George and the thousands of other people murdered by police. There is no rest for the work we do while fighting for Black lives.”