The writer was the director of international relations in Venezuela’s presidential office and the country’s ambassador to Nicaragua. Translation: John Catalinotto. 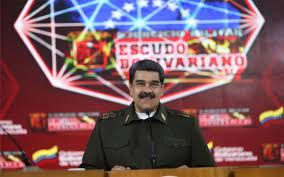 April 7 — Throughout its history the Central Intelligence Agency (CIA), founded in 1947, has been the main actor involved in U.S. interventions worldwide. The covert and intelligence operations of this agency provided the axis for an entire conspiratorial framework that led to armed invasions, coups d’état against democratic presidents, assassination of leaders, destabilization of countries, training of terrorists and military officers of other nations, the application of interrogations under torture plus the systematization of methods of obtaining information in violation of human rights, and all other kinds of illegal actions.

The secrecy and concealment of CIA operations set the tone for U.S. foreign policy, with the CIA in permanent conflict with the State Department and the National Security Advisor over competition to claim credit for successes fulfilling the country’s imperialist international objectives.

In this regard, the U.S. actions against Chile during the government of President Salvador Allende provided a model. First, in 1970, President Richard Nixon tried in every way to prevent Allende from being ratified by the Chilean Congress, as was required by Chilean law at that time. To this end, Nixon even resorted to ordering the assassination of the Commander-in-Chief of the Chilean Army, General René Schneider, a constitutionalist military officer.

When Schneider’s murder failed to achieve his political aim, Nixon gave instructions to destabilize the country under the directive to “crunch the economy.” The goal was to make Allende’s Popular Unity government fail and thus provoke a collapse. The U.S. would provide adequate resources and powers to create the conditions for the coup d’état of September 1973. All this was done in collusion with the Chilean armed forces, opposition political parties, business associations and the media.

Although there were outward manifestations indicating violent preparations for the interruption of democracy, everything was planned and organized in total secrecy. Perhaps at that time the existence of a bipolar international system [U.S./USSR] prevented the United States from acting openly with impunity.

Today this is no longer the case. The world’s structure is undefined. The United States with the aid of its cronies — in particular a blurred and subordinate Europe, lacking any international cohesion − acts as if it has unipolar dominance and can impose its will. These actions clash with the majority of humanity’s desire for multipolarity.

However, the majority has insufficient force to counter U.S. imperial arrogance or prevent  U.S. power excesses. Washington acts with total impunity regarding its violation of international law. It has even reached the point of absurdity that the United Nations is headed by a former prime minister of a country [António Guterres of Portugal] belonging to NATO, the most aggressive and warlike military alliance in history.

In this context, the United States government is currently able to publicly unveil its plans for aggression without having to face any roadblocks whatsoever. In the case of aggression against Venezuela, this situation has been obvious.

At first, it was curious that it was U.S. diplomat James Story, accredited in Bogotá and in charge of the Venezuelan Office in Colombia, de-facto leader of terrorism, who announced in March the creation of a new political formation to group this sector of the Venezuelan opposition.

This sector, baptized the New Alliance for Free Elections, claims to be “a formation made up of civil society, several NGOs, a part of the business sector and the political parties of the G-4 opposition parties, which will work together to fight against the [Bolivarian] regime.” This new formation obviously superseded the “Frente Amplio Venezuela Unida” (United Venezuelan Broad Front), which, like its countless predecessors, failed in the attempt to overthrow the government of President Nicolás Maduro by force.

This makes it clear that — in view of the fiasco of its attempts to overthrow the Bolivarian government, and the deception practiced by the national Venezuelan opposition leadership — the U.S. government has decided that at this stage a member of the U.S. State Department will directly take charge. Working with a renewed CIA, the Biden administration will try to form − as in Allende’s Chile − a grouping of “opposition political parties, business associations and the media,” as Washington’s intentions to break the Bolivarian National Armed Forces were frustrated. This failure is a key element that contrasts absolutely with the well-known Chilean experience.

More recently, on April 6, U.S. leaders revealed publicly another aspect of the multi-pronged war that the United States is waging against Venezuela. Secretary of State Antony Blinken telephoned President Iván Duque of Colombia to thank him for the services that Bogotá is rendering to the United States in building a “multifaceted alliance” with the aim of overthrowing the government of Venezuela and installing one of their liking. That was disguised, of course, as the “common commitment” they have “to the restoration of democracy and the rule of law in Venezuela.”

Blinken made it clear that the United States will continue to support the Colombian regime’s violation of human rights, its disrespect for the rule of law and the multiple assassinations of social leaders and former FARC [revolutionary armed forces] combatants, as long as Colombia continues to be Washington’s aircraft carrier for its intervention in the region. That was disguised, of course, as “Colombia’s efforts to promote democracy throughout the region.”

Likewise, Blinken assured Duque that he could count on the U.S. to ensure the continuity of his “democratic security” policy, which means the extermination of social leaders, extrajudicial executions, alliances with drug trafficking and paramilitarism. It also means an accelerated increase of Colombian cocaine exports to the United States so that young people in that country have enough drugs for their consumption, without creating dangerous shortages for the market. That was disguised, of course, as “Washington’s commitment to continue close cooperation on security, rural development and counter-narcotics to support peace in Colombia.”

It’s said that “loose lips sink ships.” Bolivarian Venezuela’s enemies themselves have revealed their plans: to develop a new terrorist strategy that seeks to consolidate in Venezuela the social support they have failed to attract; to carry out military actions on the border in alliance with gangs of drug traffickers, paramilitaries and criminals, in addition to a blockade of Venezuelan resources so that no fuel or vaccines arrive. As terrorist leaders such as Julio Borges and Juan Guaidó have revealed, the aim is to create unrest among the people and try to blame Venezuela’s government for the situation.

It seems that the Biden administration has decided to take direct control of operations, gathering under a single command its Armed Forces, the State Department, the CIA, Colombian paramilitary organizations, drug trafficking cartels, the Colombian government and the internal terrorist sector.

To counter this new assault, Venezuela has also unveiled its strategy: Bolivarian Shield; that is, its people, army, citizen consciousness and patriotic spirit, in a civilian-military alliance with a will to fight and resist.