These remarks, edited for print, were made by Dr. Johanna Fernandez on a March 18 Workers World Party webinar, “Mumia Abu-Jamal: The Only Treatment Is His Freedom.” Dr. Fernandez is an associate professor in the Department of History at Baruch College of the City University of New York, and author of “The Young Lords: A Radical History.” She is a leader of the Campaign to Bring Mumia Home. Go to workers.org/videos to watch the entire webinar. 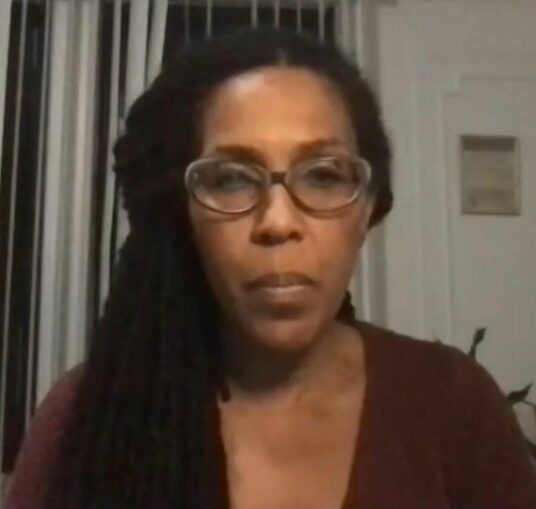 Mumia is a fighter. And he’s got a powerful movement behind him that has saved him numerous times — and we’ll continue to do that. But ultimately, we want him home. I [referenced] the vitriol with which the state approaches the figure of Mumia. And the question is, why the vitriol against Mumia? And it’s because of everything Mumia represents: his political analysis, his attention to root causes of social problems, his commitment to solidarity.

Mumia writes about domestic problems as much as he writes about international problems, and he has a critique of the state and of capitalism. This means that he represents a continuity in the Black radical tradition, a continuity in Black radical descent from the 1960s to the present. And his voice is essentially dangerous. And historically, the state has sought to make an example of people who dare challenge Empire.

So in the late 19th century, labor activists who were identified as part of the Haymarket Affair were rounded up by the police, accused of crimes they did not commit and sentenced to death. In the early 20th century, Sacco and Vanzetti, two anarchists, were executed by the state. In the 1950s, the Rosenbergs who were communists were executed by the state. And in the post-Civil Rights Movement era, Mumia became the figure that the state wanted to make an example of to send a message to those who dare resist authority, resist the state, resist capitalism, resist Empire — that this is what will happen to you.

Why is Mumia important?

So when you ask the question, “Why do we need to be with Mumia?” it’s because if we allow the state to get away with murder in the case of Mumia Abu-Jamal, we’re giving the state license to do the same with people who dare stand up for justice today.

The Fraternal Order of Police is the organization that has sought to silence Mumia. First through the demonization of Mumia and an attempted execution – which failed because an international movement saved his life in the 1990s. And finally, he got off death row in 2011, when the state itself determined that his death sentence was obtained unconstitutionally. The Fraternal Order of Police, whose poster child is Mumia Abu-Jamal, is the most powerful police organization in the world and its power is comparable to that of the NRA [National Rifle Association].

Mumia is important because his case is at the center of the struggle against the homicidal character of the police in the United States. And if you look at his case, a third of the police officers involved in collecting evidence in his case, within weeks of the end of his case, were convicted and jailed for corruption, and manipulating evidence to obtain convictions in unrelated cases. And if you look at the evidence in this case, the cops pretty much framed Mumia and cooked up the crime scene.

I want to go back to Mumia as a Black Panther. In the 1960s, the Black Panthers popularized the term pig, to demolish the notion that the police are our friends, and they succeeded. And by the end of the 60s, everyone knew what the term pig represented, and it was used often in the United States. In response, the police launched a counter propaganda campaign against the Black Panthers. They emblazoned the words “to serve and protect” on their cars – you might remember this.

And essentially, this was the co-optation of the Black Panther slogan to “serve the people.” That was their more benign maneuver of co-opting what the Black Panther Party represented. The most detrimental of the maneuvers of the police ideologically was the popularization of the term “cop killer.” Cop killer became this ideological weapon that in the post-sixties period replaced the mythological rape of a white woman as the basis for the legal lynching of Black men in particular. And when you think about cop killers, you think of Black men, but the vast majority of people who kill cops in the United States are white men.

So why do we need to free Mumia, to support him, stand with him? Because he represents all of us, and he has been identified by the cops, by the Fraternal Order of Police, by the state as one of the most dangerous figures in this country because of what he stands for, which is resistance – an unrelenting determination to expose inequality, to expose the police and its character, but also to fight for a completely different world organized around human needs. A fight for Mumia is a fight for ourselves and our highest aspirations.