A demonstration outside a Whole Foods store March 13 brought out supporters for the Amazon union drive taking place in Bessemer, Ala. They came to this Cleveland suburb from throughout Northeast Ohio and from as far away as Columbus. 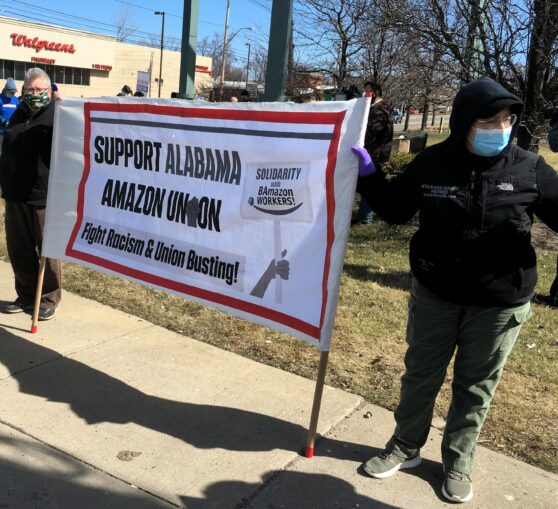 Our Revolution Ohio, an outgrowth of Bernie Sanders’ presidential campaign, called the rally along with Single Payer Action Network. In addition to voicing support for the Bessemer workers, people held signs backing “Medicare for All” and called for passage of the Protect the Right to Organize Act by Congress.

Participants were excited to receive leaflets about the March 20 Support Alabama Amazon Union demonstration, slated to take place outside a nearby Amazon facility. (supportamazonworkers.org)