On an average day in Texas, prisons are hellholes run by racist officials and a Texas Department of Criminal Justice prison board that won’t request the legislature allocate money for proper maintenance. Every weather emergency in the state, from hurricanes to flooding to subfreezing weather, has proven time and again that prisons are not fit for human beings. 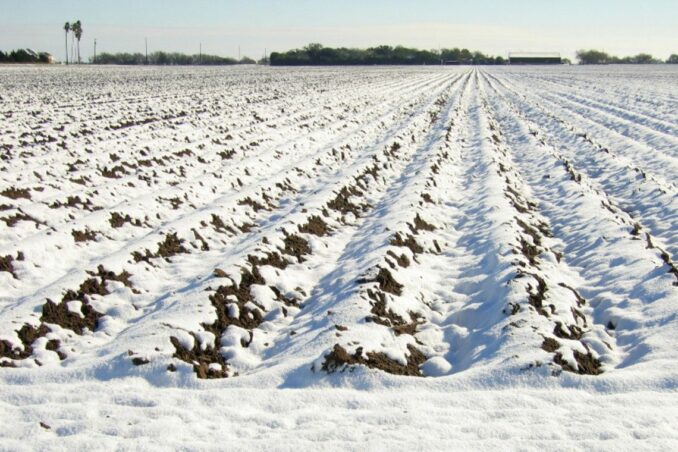 As documented — by incarcerated workers’ contraband cell phone messages and photos to reporters, and by their approved phone calls home — the fact is that as Texas froze during the week of Feb. 21, so did prisoners.

Not only did they freeze, many were left with no water, as toilets backed up with a stench that was unbearable. They were left hungry, as unidentifiable cold food was served. Fingers and toes split open from frostbite. No commissary meant prisoners could not even buy bottled water, while nothing came out of faucets in a third to a half of all prisons.

As a very cold Nanon Williams explained when he phoned this reporter: “Our unit has huge windows. The freezing wind is blowing in, because panes are loose and some are missing. We are freezing. This prison is 112 years old and was falling apart before this latest disaster. We have no heat, no water, very little cold food. Dinner tonight was a piece of cornbread and some peanut butter. On the first freezing day, only 10 guards came to work. There are almost 2,000 enslaved people at the Ramsey Unit and over 400 employees.”

At this unit, incarcerated workers went through trash to find pieces of plastic to put over the missing windowpanes. They used stickers, stamps and anything they could find to get the plastic to stay up. It was a futile task. “Heat was off for almost four days. Only then did we get an extra blanket. Almost everyone has had COVID at Ramsey, and the respiratory problems are still here. Coughing can be heard all over the place,” Williams reported.

These scenes played out in many, many Texas prisons: Men defecating in paper bags. Water dripping from melting icicles is collected to try to flush toilets. Fires being set for warmth. Every piece of clothing being worn.

There are several prison units near the Ramsey Unit that are well over 100 years old. The Vance Unit, originally called the Harlem Unit to house only Black and Latinx men, was built in 1885. The Clemens Unit was built in 1893. The Stringfellow Unit went up in 1908. These prisons, built to accommodate the racist convict–lease programs after the Civil War, likely have the same problems that the Ramsey Unit has.

Most of the older prisons are south of Houston, near the Gulf of Mexico and the Brazos River. They flood, and prisoners must be transferred to other units. But the prison system has not bought enough cots, so that men do not sleep on the floor wherever they wind up.

The prison system does not have enough blankets, enough water, enough heat, enough food. “Cruel and unusual” doesn’t begin to describe the horror.

In a Feb. 19 Mother Jones article, Lauren Byrd-Moreno reported her spouse in the Clemens Unit has said that people had been going to the infirmary “with their feet split open” from frostbite. The article quoted Nicole J.: “Many of the inmates [at Clemens], my husband included, fear going to sleep, because they’re afraid they’re going to die in their sleep.” She added, he had told her that corrections officers had done a “blanket check” on Feb. 18 — and took blankets away from anyone with more than one. (tinyurl.com/59xym9z5)

Yet the Houston Chronicle reported a TDCJ spokesperson as saying all prisons had heat, and they “try to keep it” at 70° F.  Anthony Graves — who was in prison for almost 20 years, got off death row and was released in 2010 — told the Chronicle, “Seventy degrees below zero, maybe.”

David Kreger lived on the Wynne Unit in Huntsville, during the roughly two decades he spent behind bars. “There was times in the winter months on the cell blocks that the water would freeze in the toilets overnight,” he told the Chronicle.

Death row was without water for days in the recent crisis, but a call to the Polunsky Unit resulted in a flippant response: “Yes, the water is out, but my water at home is out too.” But when this person in the warden’s office gets off work, she can buy water for her house, unlike the prisoners.

CBS Austin reported Feb. 17 that former Texas governor Rick Perry has said, “Texans would be without electricity for longer than three days to keep the federal government out of their business.”

A message to Rick Perry: Go sit in a locked-down prison cell where you have no heat, and wind blows through the missing windowpanes; there’s no water for washing hands, drinking, flushing toilets or showering — and the cold food is not easily identified. Until then shut your mouth!

A message to Texas: If you cannot house incarcerated workers without torture, then release them all! Now!