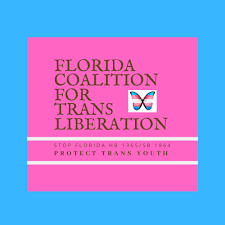 In January of 2020, Florida LGBTQ+ organizers mobilized thousands of people against 10 anti-LGBTQ2S+ bills. Introduced into the Florida House of Representatives and with identical accompanying bills in the state Senate, they constituted a gross, blatant attack on LGBTQ2S+ people. They mainly targeted youth, from censoring LGBTQ2S+ education in schools to criminalizing transgender youth who go on hormone replacement therapy. Fortunately, the mobilization was successful and all 10 anti-LGBTQ2S+ bills were defeated.

This year, so far, only one has made a return, but it’s particularly odious. House Bill 241 and its accompanying Senate Bill 582 once again target LGBTQ2S+ youth and all youth seeking reproductive health care.

HB241/SB582 establishes a “Parents’ Bill of Rights,” which is supposedly meant to increase the interaction of parents with their childrens’ schooling and health. Of course, that is how the right wing would phrase it: It’s a bill to bring the family closer together by getting parents more involved in the lives of their children.

However, upon closer inspection, this bill has the potential to destroy the lives of many children, as it firmly establishes children as the property of their parents, incapable of being their own persons and making their own decisions. It rips away any sort of privacy that children may have, or more importantly, may need to have in order to survive in their homes.

Under this “Parents’ Bill of Rights,” parents would have complete and total control over any information given by students to their teachers, guidance counselors, school workers or doctors. The bill would make it illegal for any information given by children to the aforementioned caretakers, concerning their health and well-being, to be withheld from parents, either inadvertently or intentionally.

What this means is that if a child comes out to a teacher, guidance counselor or any other school official, that individual would have to immediately provide this information to the parents of the child.

If a child asks their doctor in a private setting about birth control, or any sort of sexual education or HIV/AIDS education, the doctor would have to immediately provide this information to their parents. With rates of violence against LGBTQ2S+ youth growing, the issue of a child being outed to their parents creates major concerns over the child’s safety. Violence and disowning are two common tactics of bigoted parents when they learn they have a child who is part of the LGBTQ2S+ community.

Ultimately what this bill seeks to do is totally remove autonomy from youth with a particular focus on LGBTQ2S+ youth. It is a bill aimed at suppressing a more inclusive curriculum in schools and suppressing an undeniable part of history. Right-wing conservatives like Florida State Rep. Erin Grall will harp on how family is important for the development of youth, but will fight tooth and nail to make sure “family” functions only one way: heterosexual and patriarchal.

This writer recalls that during their time in high school, 12 years ago, when a gay friend and classmate from a right-wing, evangelical family was outed to their parents by peers close to them. They were subjected to harsh punishment and total lockdown by their parents, until they “corrected their ways.” Some of my friend’s church peers, who went to the same school, were instructed to “monitor” them throughout the school day. And my friend could only speak and associate with a pre-approved list of friends their parents had.

If they were caught speaking to anyone on their parents’ other list, the list of “sinful, immoral bad influences” (of which this writer was one), they were further punished. This had a traumatic effect on them and led to a detrimental relationship with their family as a now openly queer adult.

If you find yourself wondering just what the repercussions of HB241/SB582 would look like, consider this anecdote. In terms of what has historically happened to LGBTQ2S+ people with regards to trying to live openly, this is mild in terms of the violence we face, especially LGBTQ2S+ youth.

Where is the assistance for LGBTQ2S+ youth who are put out on the streets at alarmingly high rates? Nowhere to be found. Instead they are targeted in an already oppressive society to be erased and, more horrifically, “corrected” or “fixed.”

Youth must have the right to shape their destiny. It is the job of a parent or parents to guide their children to make strong, healthy decisions in their lives — to encourage and support them regardless of their sexual orientation and/or gender and to create a strong bond of trust, communication and accountability that is nurturing, caring and affirming. HB241/SB582 ignores all this and insteads demands fear, subservience and repression from youth.

We as revolutionaries, whether or not we are part of the LGBTQ2S+ community, and we must fight back against all these oppressive, hateful bills and crush them once and for all. The struggle for LGBTQ2S+ liberation demands nothing less! It is up to us to apply the history of yesterday’s battles to our movement today, to struggle and win tomorrow.

Please like Florida Coalition for Trans Liberation on Facebook for more information and to learn how you can get involved! (tinyurl.com/y6xnew7z)

Devin Cole is a transgender Marxist organizer and writer. They are the president of Strive (Socialist Trans Initiative), a transgender advocacy organization in northwest Florida, and a member of the Workers World Party – Central Gulf Coast (Alabama, Florida and Mississippi) branch.