Thousands of Philadelphia public school teachers defied an order from school Superintendent William Hite Jr. to return to their classrooms Feb. 8 for the first time since schools became fully virtual in March 2020, due to the COVID-19 pandemic shutdown. Across the city, educators demonstrated outside closed public school buildings. (tinyurl.com/y2962287)  Despite bitter cold, several teachers set up “classrooms” outside individual schools as well as the district headquarters. 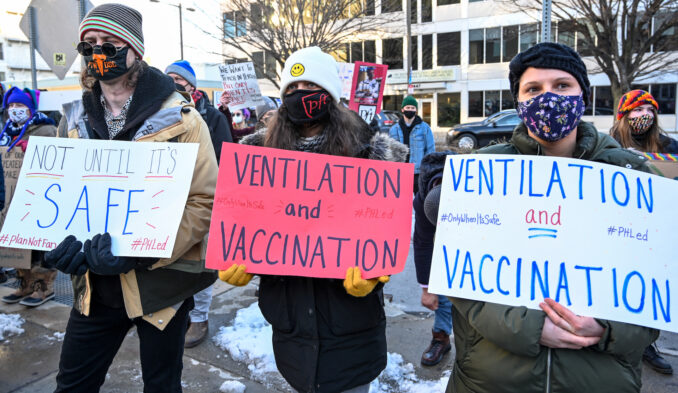 Around 200 teachers and supporters, organized by WE (Working Educators of the Philadelphia Federation of Teachers), rallied outside the Philadelphia Board of Education later in the afternoon. They were supported by members of AFSCME DC 33 Local 427 (Sanitation), BMWED-IBT Local 3012 (Railroad Workers) and Teamsters Local 623 (UPS workers).On Feb. 6, Philadelphia Federation of Teachers President Jerry Jordan told members to ignore the district’s order to show up for class on Monday. Later Hite rescinded the order and promised no teachers would be penalized.

Of primary concern was the lack of adequate ventilation in buildings, including several that had problems with mold prior to March 2020. The district’s “solution” was to use window fans to ventilate classrooms that lack a ventilation system. Many protesters at the rally carried portable window fans to mock this offensive plan. 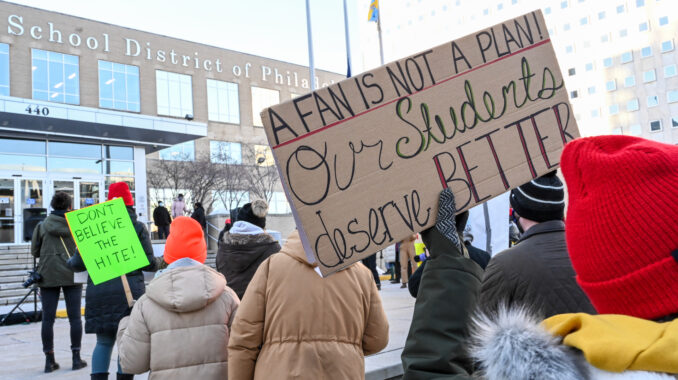