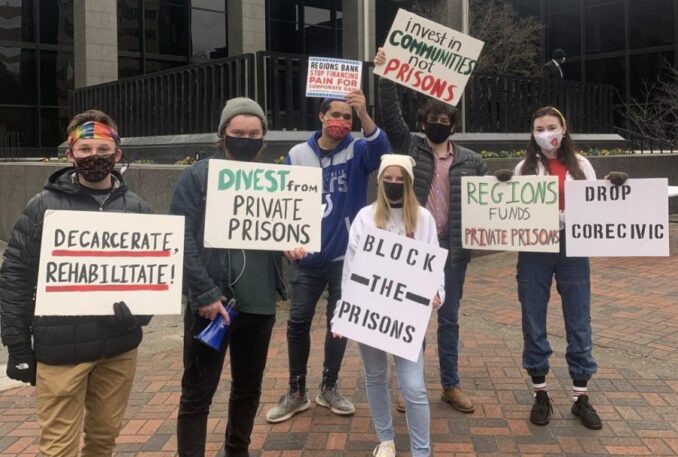 In an executive order signed Jan. 26 as part of his “racial equity” plan, President Joe Biden ordered the U.S. Attorney General and the Department of Justice not to renew contracts with privately owned and operated-for-profit prisons and federal detention facilities.

What is the impact of Biden’s mandate? Currently there are over 152,000 incarcerated workers held in federal prisons. His order affects roughly 14,000 of those imprisoned in privately run federal facilities, less than 10% of the total federal prison population.

The president’s order does not suspend any existing for-profit private prison contracts, which could take years to expire, nor will it affect contracts private prisons hold with state or local entities. It does not reduce the federal prison population, but simply transfers incarcerated workers from private to public penal facilities.

Significantly, immigrant detainees are not covered by Biden’s directive. Over 80% of detained immigrants are currently held in private for-profit prisons — a practice begun under the Obama administration and greatly expanded under Trump’s presidency.

While hailed by some as an important “first step” toward prison reform, the truth is that Biden’s order barely begins to scratch the surface of mass incarceration. A study released by the Prison Policy Institute on March 24, 2020, reiterated an already established fact: The U.S. locks up more people than any other country.  Some 698 of every 100,000 residents are incarcerated; that totals 2.3 million people.

The study found that over 74% of those held in local jails had not even been convicted of any crime!

Band-Aid on a cancer

Since the 1800s, the U.S. has contracted privately run prisons. Today, they have grown to be a billion-dollar industry, led by CoreCivic and GEO Group, two of the biggest private prison companies. Yet only 8.1% of incarcerated workers were held in private prisons in 2019.

The Biden-Harris campaign promised several criminal justice reforms beyond ending the use of private prisons. They include eliminating solitary confinement, improving prison conditions, reducing the incarcerated population and ending the federal death penalty.

Biden’s order, which included his prison-reform policy, merely paid lip service to the victims of police murder, including George Floyd. And it does nothing to end the system of corporate profiteering off the backs of incarcerated workers.

Like many of Biden’s executive orders, his “prison reform” policy amounts to putting a Band-Aid on a cancer. It does not challenge police brutality, repressive criminal justice policies or the false convictions that have resulted in the mass incarceration of 2.3 million people — a majority of them Black, Latinx, Indigenous and other people of color. This presidential directive is essentially nothing but smoke and mirrors.