Following the May 25, 2020, public murder of 46-year-old George Floyd by Minneapolis police, masses of people took to the streets for almost the entire summer from one coast to another in protest of not only what happened to him, but against racist police brutality and white-supremacist violence in general. 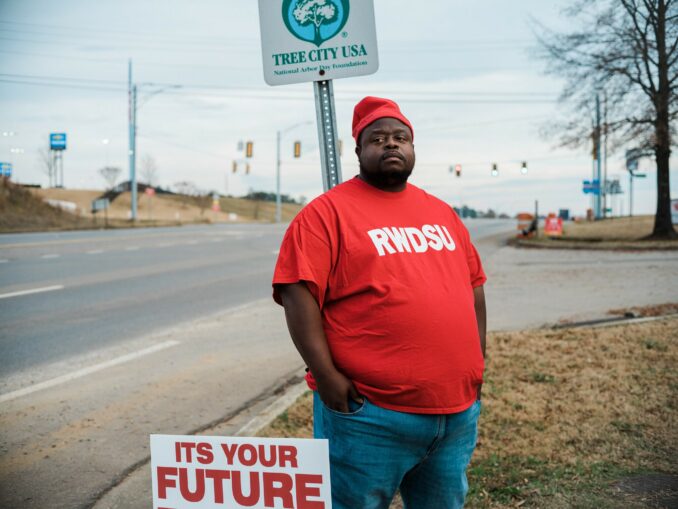 In late August following the heinous police shooting of 29-year-old Jacob Blake — who was hit by seven bullets in his back, leaving him paralyzed — women and men players in the National Basketball Association suspended games during the playoffs in protest. This protest spread to other sports organizations, including Major League Baseball, Major League Soccer, the National Hockey League and college football players.

The 2,000 member-strong National Football League Players Association (NFLPA), inspired by these actions, took a bold step on Jan. 24 when it tweeted its support for 5,800 Amazon workers’ right to organize a union in Bessemer, Ala., outside of Birmingham.

The Amazon workers voted overwhelmingly to hold a union election beginning Feb. 8, with mail-in voting to have the Retail, Wholesale and Department Store Workers Union (RWDSU) represent them in the first historic collective-bargaining agreement with one of the biggest, richest corporations in the country and the world.

Jeff Bezos, Amazon’s founder and CEO, is the world’s richest centi-billionaire, with an estimated worth of $182 billion.

The voting is scheduled to be completed by late March. The workers decided to hold the election by mail, rather than in person, to maximize the greatest worker turnout to counter the company’s fierce anti-union campaign and in consideration of the COVID-19 pandemic.

It is noteworthy that the NFLPA became the first significant union to come out in support of the Bessemer Amazon workers. The reason is that the NFL is a multibillion dollar industry, and football happens to be the most popular professional sport in the U.S. The NFL has 70 % African American players, and the Bessemer workers are majority Black in a state with some of the lowest wages and union representation in the country.

Besides fighting for better wages, better benefits and better protection for the workers during the pandemic, this vote was built around the political theme of Black Lives Matter — as the Bessemer workers are facing a heightened level of racist threats and taunts organized by their bosses during this union drive. The vote reflects the ongoing legacy of Dr. Martin Luther King’s fight to link civil rights with workers’ rights.

The @BAmazonUnion site posted videos on Twitter of NFLPA representatives expressing solidarity with their union drive. JC Tretter, a center for the Cleveland Browns and president of the NFLPA, stated: “Everyone deserves to have a voice, and we’re proud that you’re even considering taking the step to unionize. Remember this union stands behind you and is inspired by your actions.” (Jan. 25)

Michael Thomas, a safety for the Houston Texans commented: “Our union supports y’all. I applaud y’all for trying to unionize, and I understand how important it is to try to make a decision, and it’s such during a difficult time during a pandemic. But understand we’re part of a union, and our job is to protect our workers.”

The entire union movement, especially the national leadership of the AFL-CIO, should not only heed Thomas’ words, but more importantly should put into practice what he expressed — that every worker should be part of a union to show that an injury to one worker is an injury to all workers.

To take on a behemoth like Amazon, as the Bessemer warehouse workers are attempting to do, will take the backing and political solidarity of all workers, whether employed or unemployed, full-time or part-time — to lay the basis for helping empower the global working class to fight against profit-driven corporations like Amazon.

As Michael Foster, a poultry worker in Bessemer and RDWSU organizer told Amazon workers: “[T]hey are part of a movement that is worldwide. I want them to know that we are important, and we do matter.” (NY Times, Jan. 25)