Jan. 25 — The Communist Party of Vietnam is holding its 13th National Party Congress this week — a culmination of hundreds of meetings and discussions that have taken place throughout the country and at all levels of the party. It will evaluate the socioeconomic development strategies of the previous congress in 2016 and will set concrete targets and tasks for the future. The overall goal is to move Vietnam to the level of a “socialist-oriented developed country” by the middle of this century.

Development plans in Vietnam include managing the natural resources and the environment while adapting the country to climate change. Over the last five years, Vietnam’s annual average GDP growth was 6%, and the poverty rate in the country was reduced to less than 3%. These achievements have been reached despite the need to fight the COVID-19 pandemic, which the Vietnamese people have succeeded in doing with remarkable success. To date, in a population of almost 98 million people, there have been 35 deaths. (Worldometer, Jan. 25) 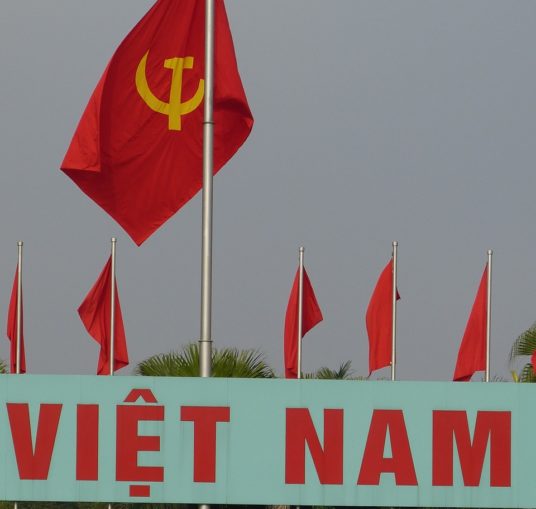 Workers World sent the following solidarity message to the congress:

To the Communist Party of Vietnam on the occasion of your 13th National Congress:

We are so glad to send our congratulations and highest regards to the Communist Party of Vietnam as you evaluate your past experiences and plan the future.

The review of the resolutions set at the 12th National Congress that have been guiding your policies these last five years will undoubtedly be seen against the inspiring backdrop of your stunning success in combating the ravages of the worldwide COVID-19 pandemic. That alone is accomplishment enough, but there were others as well, especially before the pandemic became the primary problem confronting every country of the world.

Much of the world remains ensnared in a seemingly intractable contest with SARS-CoV-2. Your success in combating this problem has shown the world that a socialist system deeply rooted in the people, such as that of Vietnam, is capable of vanquishing this 21st century enemy, just as it was able to vanquish the military and political enemies of the 20th century.

We are in solidarity with the 13th Congress as you study and evaluate your achievements and what remains to be done, as well as set goals to guide your future path. With the involvement of such a large part of the population, this is a very important period. We look forward to learning of your deliberations and future plans.

We convey our warmest solidarity and appreciation for your decades of struggle that have inspired generations of progressive people in the U.S.